Tucking in to a third course of culinary excellence! 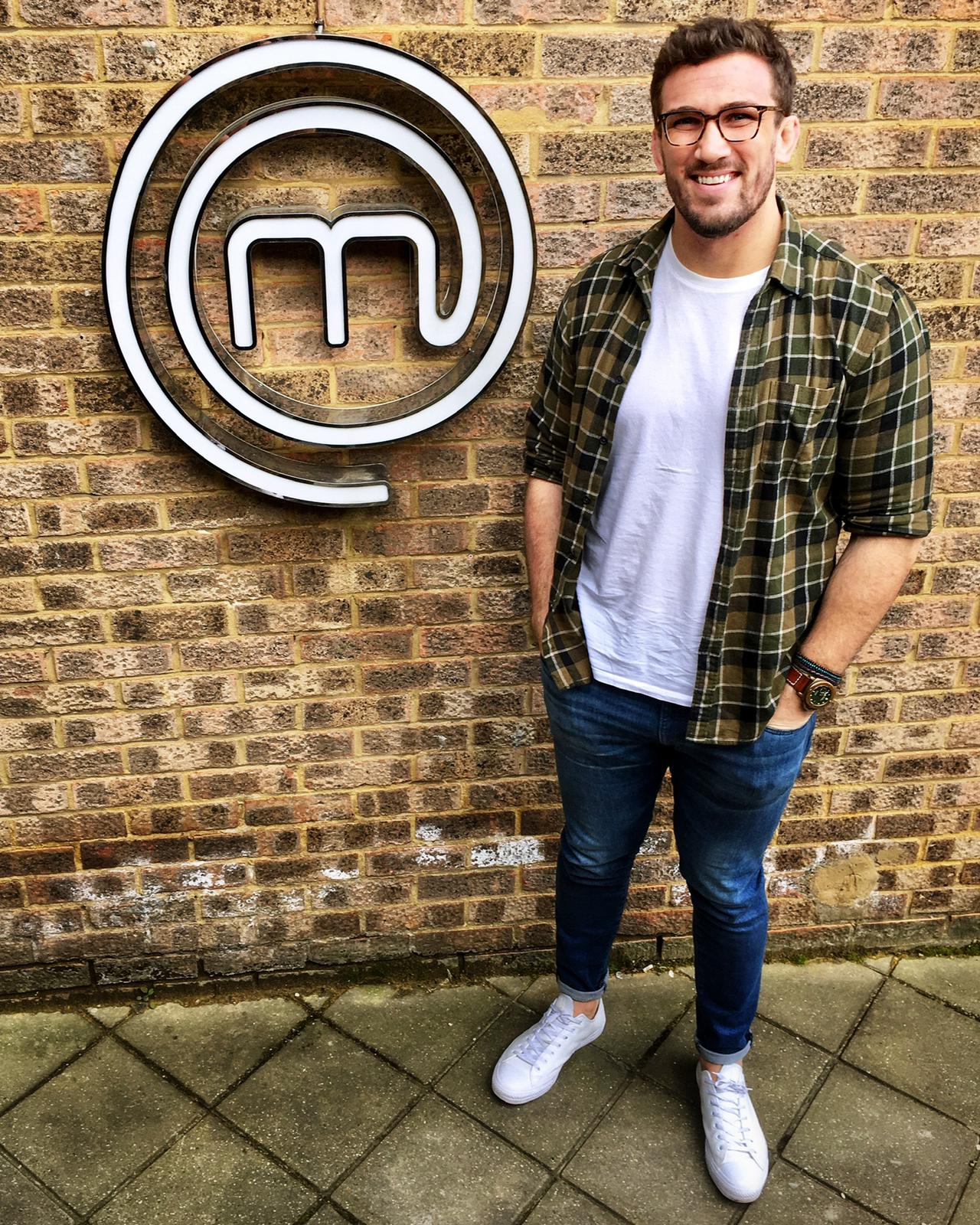 “I can’t wait to get my knees under the table somewhere local and enjoy a lovely nosh-up!”

Those sentiments of former Communards member, award-winning broadcaster and author and now Finedon priest Reverend Richard Coles must sum up how thousands of local
foodies are feeling with less than a week to go until the county’s hospitality sector starts to re-open!

Thankfully, with the latest stars of the culinary sector celebrating after picking up top accolades in this year’s Weetabix Northamptonshire Food and Drink Awards, he, like other diners of distinction, have the perfect inspiration to ensure those longed-for visits are packed with fabulous food, superlative service and the promise of an experience to remember!

The competition, now in its twelfth year, is run by the sector for the sector and is aimed at publicly applauding all that is great about local produce and drink, recognising excellence within the county’s dining venues and rewarding those who work so hard within the culinary sector.

The 2020/21 competition came to its heady conclusion last month with the third course of awards announced during a live, online broadcast, generously hosted by Northampton’s Royal & Derngate.

Before revealing the results in the two eateries categories, the celebration also shone the spotlight on the future of the sector, highlighting the talent of the county’s learners in the form of a new category, Food and Drink College Student of the Year, sponsored by Chamber member Moulton College.

The final results, announced by representatives of the respective category sponsor, are (in presentation order and, in the case of more than one recipient of the Gold, Silver or Bronze, in alphabetical order):

Dining Venue of the Year (sponsored by Booker):

GOLD: The Willow and Brook, Apethorpe

In a surprise addition, and thanks to the further support of Chamber member British Pepper & Spice, who were impressed with rise in standards of those specialising in
spicy products, three county businesses were also praised in being awarded a ‘Highly Commended’. The trio are:

Among those celebrating with a Gold in the ‘Booker Dining Venue of the Year’ category - to add to the one he picked up as ‘Chef of the Year’ at last month’s second course of awards - is Head Chef of Restaurant Hibiscus in Northampton, Samuel Squires.

Having launched in its new venue at Delapré Abbey just weeks before the COVID pandemic began last March, Samuel revealed what a challenging time it had been for him
and his team and what both accolades mean to them: “Receiving the Chef title last month was a massive boost to me personally, but we have all worked so hard over the last year to create the best possible fine dining experience for our guests, so this is a fantastic achievement and a real reward for all that effort!” said Sam

“During lockdown we’ve been redecorating, refurbishing our café and adding a new bar with a cocktail menu so we just can’t wait until 17th May when we can welcome back our amazing diners and have chance to really show off why we’re so deserving of this prestigious award!” he enthused.

Those were sentiments echoed by Ian Kelland, Commercial Director with sponsor British Pepper & Spice, who expressed just how proud the company remains in continuing its
support of the Awards: “British Pepper & Spice is delighted to yet again shine the spotlight on some of the county’s finest spice restaurants and, this year more than ever, to celebrate the excellence of those who continued to offer wonderful cuisines, despite enduring the toughest times the hospitality sector has ever known” said Ian.

“While I have been tucking into their dishes over recent months, thanks to their resilient takeaway offerings, I, like Reverend Coles and so many others, can’t wait to get back into the venues themselves and immerse myself in the full dining experience that these amazing restaurants offer and I congratulate them all!” he enthused.

The online celebration began with a welcome from the winner of the inaugural series of BBC MasterChef, Thomasina Miers, who recalled how impressed she had been by the talents shown across the sector in Northamptonshire on her visit to the county in 2018, when she presented the trophies at the end-of-year Awards dinner.

Having gained her own reputation through a competition, and as a restaurateur herself, she also congratulated those on the venue category shortlists on not only finding the resilience to enter the Awards, but also in succeeding to the final stages, before wishing everyone a great night.

Weetabix Marketing Director, Francesca Theokli then highlighted the value of the competition beyond its obvious benefits to the winners and why the company has played such an active role: “Weetabix is immensely proud to have participated as headline sponsor, helping not to only to shape the Awards but also sitting on the judging panels and
leading some of its vital business support webinars.

“This competition has seen resilience, dedication and creativity in abundance shown by so many and through maintaining and reinforcing a sense of community across the Northamptonshire food and drink sector, we are thrilled to support its ultimate aim of sowing the seeds for future growth” she added.

Throughout the evening, viewers were entertained by former Northampton Saints and England Saxons rugby player Christian Day, a passionate foodie and Awards supporter and himself a semi-finalist on MasterChef last year, with live links to his Northampton kitchen for a masterclass of his culinary talents.

Inspired by its being St. Patrick’s Day, Christian whipped up an Awards pie based on an Irish favourite beef, stout and blue cheese recipe using a wealth of local ingredients, including beef from Noborough Lodge Farm Shop at Norton, Ratliffe’s Stout from Northampton’s Phipps NBC, Northamptonshire Blue cheese from Hamm Tun Fine Foods at Long Buckby, eggs from The Egg Shed at Wollaston, herbs from British Pepper & Spice, flour from Bugbrooke’s Heygates Flour and Animal Feed, Mellow Yellow rapeseed oil
from Farrington Oils at Hargrave, and not forgetting a dash of Northamptonshire Sauce, created by Jeyes of Earls Barton and Northampton’s Friar’s Farm!

The pie, which was decorated with sheaves of wheat as the iconic foodstuff of the county, then became a unique prize for viewers via his Instagram at @christianday83.

The broadcast concluded with words from Awards Patron Mary Laing, who thanked all those who played their vital part in having made this most unusual Awards year such a success, including finalists and winners, judges, mystery shoppers and sponsors, before confirming that headline sponsor Weetabix would be generously assuming the mantle again for the forthcoming thirteenth year of the competition when it is launched later in the spring.

For the full list of the results across all the categories in this year’s competition, or for more information on the Weetabix Northamptonshire Food and Drink Awards 2020/21, please visit www.northamptonshirefoodanddrink.co.uk or call Rachel Mallows on 01933 664437 or email rachel@themallowscompany.com

To watch the broadcasts of all three course of the awards, please visit www.youtube.com and search for #WNFAD20.

Meanwhile, to keep up to date with the latest news, including more details of the launch of the 2021/22 competition later in the spring, please follow the Awards on Facebook at @foodawards or Twitter and Instagram at @foodawardsHQ or on LinkedIn at @weetabixnfadawards.