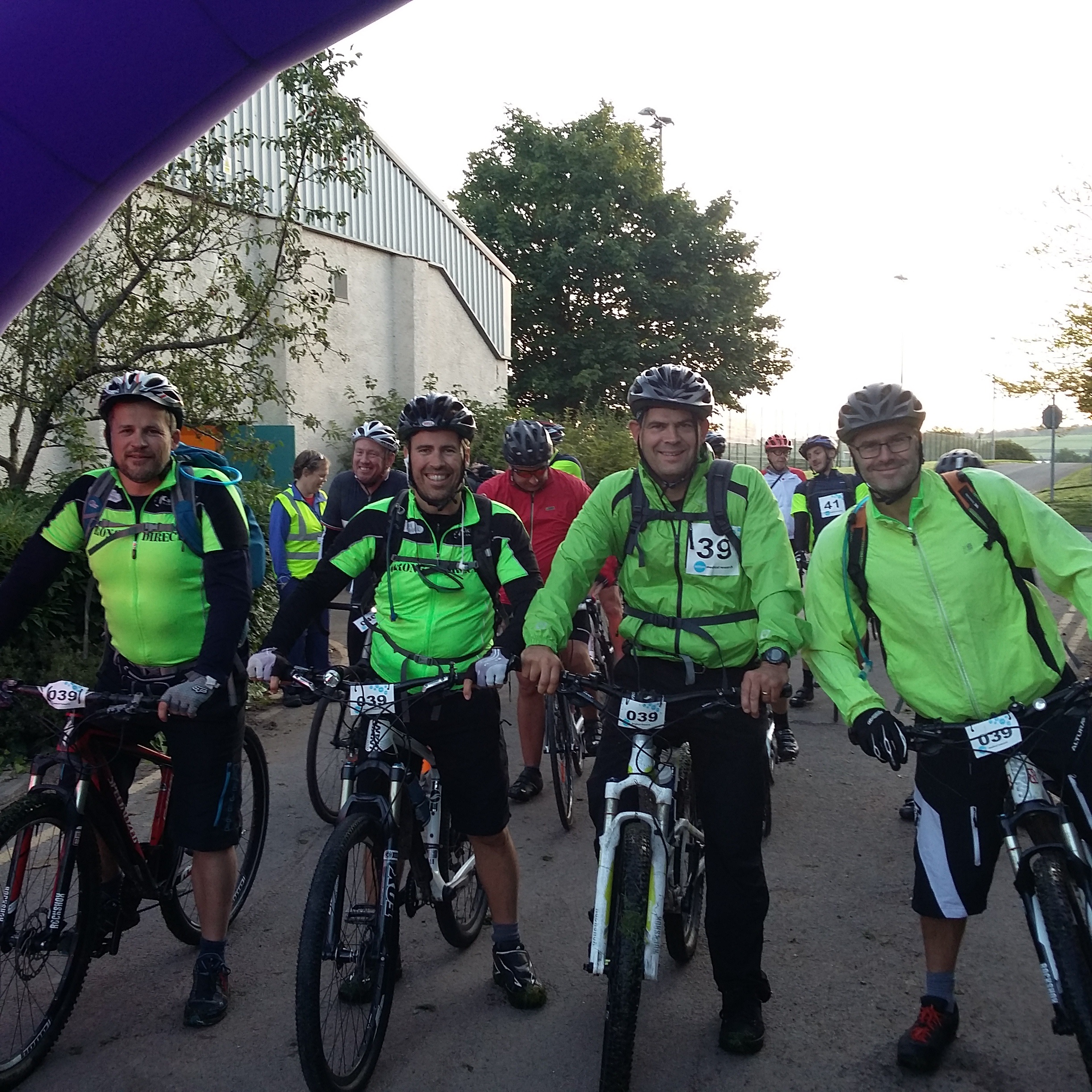 After scaling mountain tops, and canoeing and cycling through some of the country’s most beautiful countryside, a group of friends named ‘Team Wrong Direction’ have finally taken off their lycra after successfully completing the last leg of their triple charity challenge.

Raising funds for Action Medical Research, a charity which has been saving and changing children’s lives for the last 65 years, Team Wrong Direction was one of only two teams to sign up and compete all three Race The Sun events this year.

Team Captain Christian Shuker explained: “Our Team was the top fundraiser at last year’s Brecon Beacons Race The Sun challenge, so we wanted to up our game this year and signed up for all three Race the Sun challenges.

“Each challenge, which was more than just a fundraising campaign, took a day to complete and involved loads of cycling, kayaking and climbing. It was important to us that this year we helped to raise awareness of the work of Action Medical Research and encourage others to get involved and support the charity.”

The team of Oakland International’s Dean Attwell and Cory Winstanley, Starkey Electrical’s Stuart Starkey and Team Captain Christian Shuker of Central IT Systems along with Christian’s brother Patrick Shuker; Oakland International once again covered team costs for all three of the one-day Race The Sun challenges beginning with the Brecon Beacons in June, followed by the Isle of Wight in July and their final challenge the Lake District in September, with their final team fundraising totalling nearly £6,000.

Spending more than £115 million funding medical breakthroughs, Action Medical Research helped introduce the first polio vaccines in the UK, discovered the significance of folic acid prior to and during pregnancy to prevent spina bifida and helped in developing the use of ultrasound in pregnancy and testing the rubella vaccine and is currently funding research into conditions such as prematurity, epilepsy, meningitis, cerebral palsy, brain cancer and a number of rare and distressing conditions which affect children.

Team Wrong Direction members and all dads themselves won’t be taking things any more sedately as they’ll be back on their bikes once again for their next challenge, the London to Brighton Off-Road Bike Ride, in aid of the British Heart Foundation on Saturday 23rd September.

Image R to L: At the start line and ready for their final challenge; Chris Shuker, Patrick Shuker, Dean Attwell and Cory Winstanley.