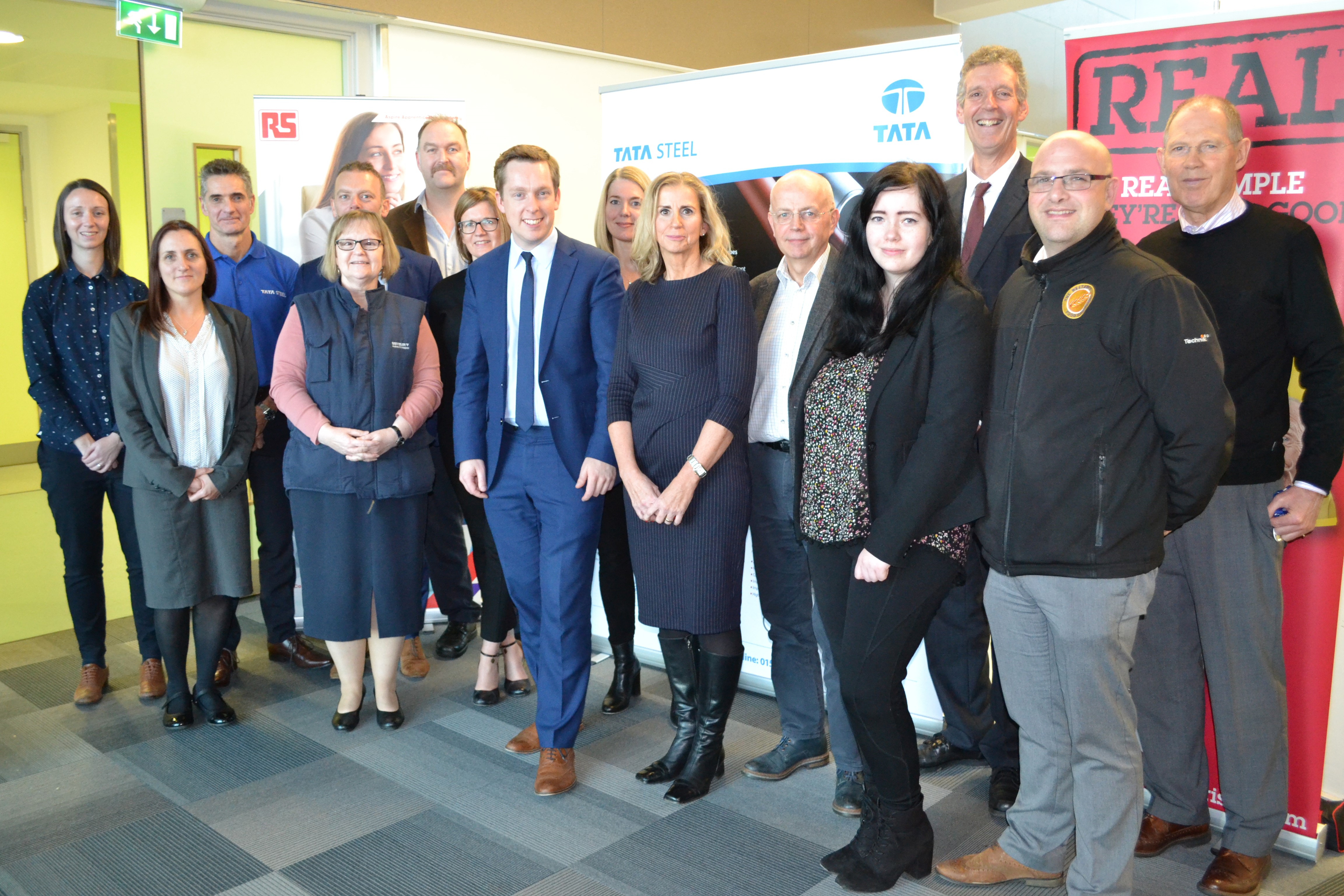 Top of the agenda was Mechatronics Standard technology training which is vital for the future of business in the UK.

MP Tom thanked The Weetabix Food Company, RS Components Ltd, Tata Steel, Tayto and Benteler Automotive for giving him important feedback about changes they wanted to see made to the current apprenticeship scheme to enable them to train more people to meet industry demands.

Employer Forum Chair, Julie Hoult of Tresham College, which works closely with major companies in Northamptonshire, is going to forward case studies which Tom can pass on to Government.

“I want to say an enormous thank you to the companies here for the great opportunities they offer young people. I feel incredibly strongly about the value of apprenticeships and Tresham College could be held up as a national example of how they should be delivered in partnership with employers,” said Tom,

“Corby is getting to grips with quality youth employment and I know that apprenticeships can raise earning potential for young people who may not want to go the university route.”

Michael Johnston, Vice Principal of The Bedford College Group, of which Tresham College has been a part since August 2017, said: “Starting an apprenticeship at 16 does not mean you won’t go on to get a degree, but that you take the route as part of on-going work-based learning.

“Forward-thinking employers encourage progression and promotion within their organisations as they are investing in their people. It’s a great life choice for many young people and a viable alternative to university.”

The Bedford College Group has 2,100 apprentices of which 800 are linked to Tresham College in Northamptonshire. The group is the largest provider of apprenticeships in the SEMLEP region. Recruitment numbers have stayed the same within the group, whilst nationally apprenticeships have dropped by 30% due to confusion over the levy arrangements and short-comings by training providers.

The Northamptonshire employers also said they wanted to see schools doing more to promote apprenticeships rather than just having a “leader board” of those who went to university - without any evidence of them going on good careers after that.

One said at his son’s careers event there was no mention of apprenticeships: “Where the next generation of engineers going to come? In Germany apprenticeships are the most valued route into employment.”

MP Tom agreed: “Technical skills should be on part with A Levels and degrees and schools should be promoting the choices to pupils and parents.”