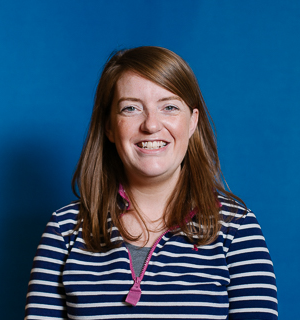 What is Entrepreneurs’ Relief (“ER”)?

Why is this an issue?

ER has long been criticised as a ‘tax break for the wealthy’ and there is often speculation before each Budget that ER will change. That speculation has played out as there have been various changes over the last few years: 2018 saw the introduction of a 5% economic entitlement test and 2019 saw an increase in the holding period from 1 year to 2 years, although many think that these changes did not go far enough.

ER has been costing an increasing amount beyond the Treasury’s expectations and recent research from the Institute for Fiscal Studies suggests that not taxing these capital gains at the full rate of 20% is costing the Treasury £2.4bn per annum.

What could the change(s) be?

Predicting how ER may change is very difficult. It may of course be that reviewing the scheme is kicked into the long grass for further review at a later date, although given in its recent election manifesto the Conservatives pledged to ‘review and reform’ ER and commented that the scheme hasn’t ‘fully delivered on [its] objectives’, possible changes cannot be ruled out. These include: raising the 10% capital gains tax rate; reducing the £10m lifetime limit; further raising the threshold of economic entitlement; or, further increasing the holding period. Scrapping the scheme entirely cannot also be ruled out.

When would any changes take effect?

It’s unlikely that any significant changes would take effect immediately Budget Day, as that is usually reserved for countering what are considered to be unacceptable avoidance schemes or the exploitation of loopholes. Whilst it is hoped that any changes would be subject to a proper consultation over summer / autumn 2020, we may see changes taking effect as early as the start of the new financial year on 6 April 2020.

What can you do?

If you’re in the midst of selling your business, or planning to do so in the near future, and wish to take advantage of ER, it would be wise to try and get those deals done before the end of this tax year i.e. on or before 5 April 2020, or for those of you that are more risk adverse, on or before Budget Day.

If you’re thinking about selling in the longer term, it may be worth implementing a restructure such that you bank the benefit of ER now without committing to an actual sale of your company. Such approach requires you to act now in order to take such planned steps before the end of the tax year.

If you would like to discuss any of the issues raised in this article, or if you need any advice, please contact Kirsty Simmonds or give us a call on 0345 070 6000.