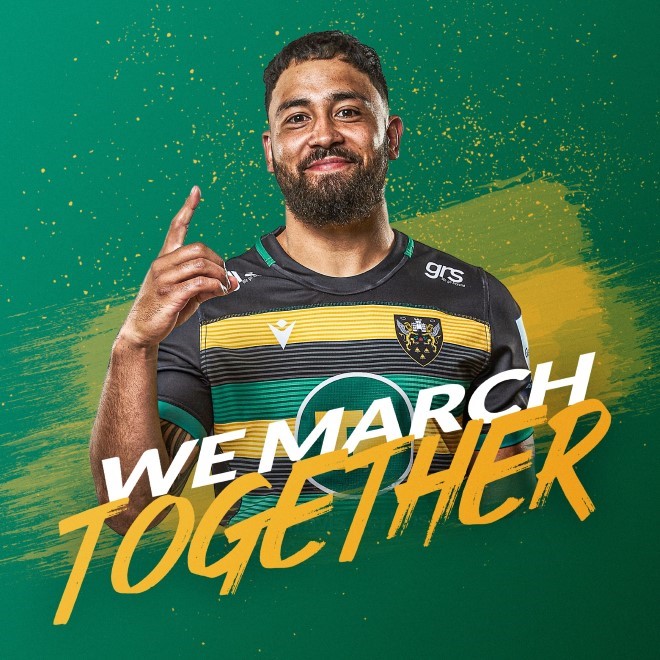 Northampton Saints have announced that Andy Symons, Fraser Strachan and Devante Onojaife will be leaving the Club at the conclusion of their contracts on June 30.

Centre Symons, 28, arrived at Franklin’s Gardens in the summer of 2018 from Gloucester Rugby after stints with Leicester Tigers and Worcester Warriors, and moves on to pursue an opportunity to play in France.

A serious knee injury halted his debut season in Black, Green and Gold after just three appearances, but on returning this campaign, Symons has notched up a further 14 caps for Saints – scoring three tries, including a double against Saracens in October.

“I have really enjoyed my two years with Northampton Saints and I just want to thank everyone at the Club for welcoming me as they have done,” said Symons.

“The time has come for me to move on, but I’ve really enjoyed working with this extremely talented group of players and coaches, and I want to thank the Club’s medical staff too for working so hard to get me through a really challenging injury last year.”

Strachan, another centre, has come through Northampton’s Academy system and signed his first full-time contract in 2017.

The 21-year-old former Scotland and England age-group international moves on to Championship outfit Ealing Trailfinders this summer having made four first-team appearances in total for Saints and twice won the Premiership Rugby Shield with the Wanderers side.

He said: “It’s been an honour in my three seasons at Saints for me to pull on the famous Black, Green and Gold jersey.

“But the time is right for a fresh start for me now, and I’m excited about what’s in store for the next stage of my career.”

Meanwhile flanker Onojaife departs Franklin’s Gardens with six senior Club appearances to his name, two of which came in the Gallagher Premiership.

The 22-year-old forward also earned international honours during his time in Northampton, representing Scotland Under-20s in the Six Nations, and helped the Wanderers to claim back-to-back Premiership Rugby Shield titles.

“I’ve made some great memories with a fantastic group of players here at Franklin’s Gardens, so of course I’ll look back on my time here with huge fondness,” Onojaife said.

“I really think this rugby community in Northampton is special and I wish the rest of the squad and the coaches the very best for the future.”

Ben Glynn also will depart Franklin’s Gardens on June 30 following the conclusion of his short-term loan deal from Ospreys – the lock was signed as injury cover back in February and made three Premiership appearances off the bench for Saints.