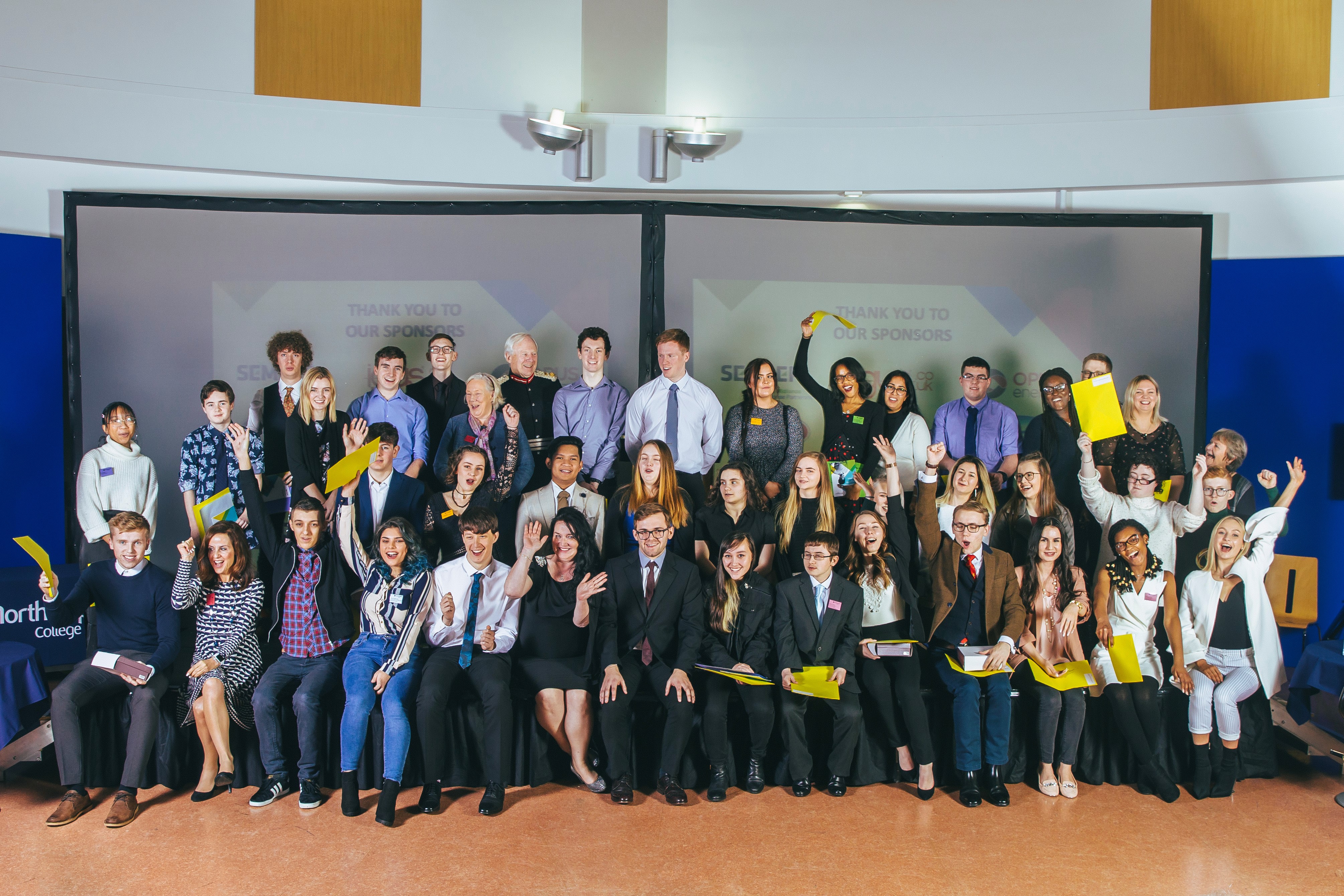 The event, held at Booth Lane campus, saw dozens of students collecting awards for their academic achievements over the past 12 months.

Business student Rajinder Thandi was presented with the Overcoming Challenges award, sponsored by Briggs and Forrester. Raj lost his mother last Christmas and within weeks, with the support of fellow students, he raised more than £2,000 for The Clarke Lister Brain Haemorrhage Foundation with a charity golf day in memory of his mother Kaljinder.

Principal of Northampton College, Pat Brennan-Barrett said: “The achievements of our students are simply extraordinary. Every single person has a story to tell and listening to what these people have achieved is both humbling and inspiring.

“We are incredibly proud of our students, who are making a real difference. We are producing the next generation of employers, pioneers and visionaries for the benefit of Northamptonshire and beyond. The impact these people are going to have in the future is hugely exciting.”

Two new awards for 2019 were made possible thanks to a donation from Jeff’s Way, a charitable foundation set up in memory of Jeff Whitaker - the founder of Northamptonshire-based catering and bakery equipment company Whitco.

The final award of the evening was the Katy Wright Award, set up in memory of former Northampton College tutor Katy, who sadly died seven years ago.

Gemma Robinson was presented with the award and commended for juggling family life and three children with her Access to Science course. Despite the challenges of her dyslexia Gemma 42 out of a possible 45 distinctions and is now studying a degree course at the University of Northampton.

More than 300 people attended the event, which saw musical theatre students perform routines from shows including Little Shop of Horrors and Dear Evan Hansen for guests including Lord-Lieutenant of Northamptonshire David Laing, Mayor of Northampton Nazim Choudary and former student Nicole Read – who gave a speech explaining how her time at Booth Lane had helped prepare her for her career as a blogger and content creator.