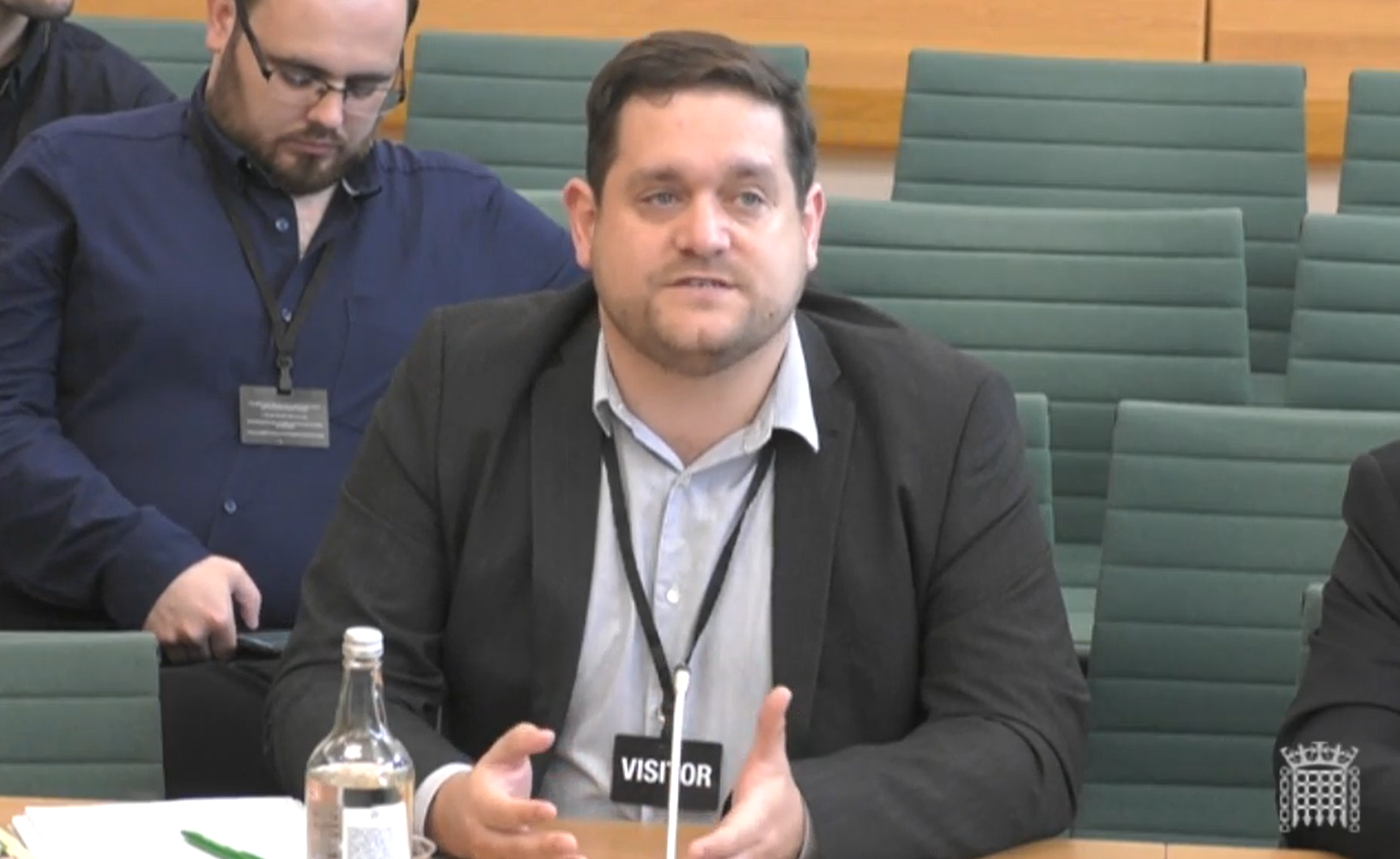 He was representing the UK Community Radio Network of which he is one of the co-founders and used his experience of NLive Radio and being part of the University of Northampton to inform both the oral evidence and previously submitted written evidence.

The Committee opened its inquiry into the topic in February to examine the challenges facing local news organisations and what support should be put in place in order to maintain their democratic function.

The DCMS Select Committee invited the UKCRN to attend the inquiry in person to give evidence, as a representative of the sector, to hear about what Community Radio Stations do local journalism wise, and understand the issues that may impact its future.

As one of the key focus areas of the UKCRN, its co-founder Martin Steers attended an oral evidence session on Tuesday 17th May, alongside Owen Meredith, Chief Executive of News Media Association and David Powell, Chair at Local TV Network.

Following the session, Martin Steers said “It was a nervous but a worthwhile experience, expressing the concerns of the community radio sector regarding the sustainability of journalism. Our thoughts, comments and input seemed to be well received by the Select Committee, and I hope it can help start further conversations to secure more opportunities for the sector"

While at Parliament, Martin with his UKCRN colleague took the opportunity to meet a number of MPs, including local Northampton South MP Andrew Lewer to let him know about what’s going on with NLive Radio and their plans to bring digital radio to the town.