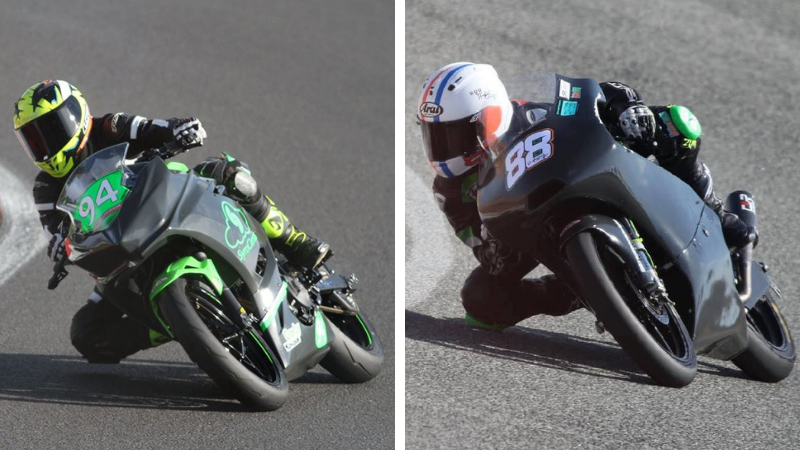 Stanair are proud to support the Symcirrus Motorsport team for the fourth season, and are delighted at the success and progress that has been made year on year. Following on from a rollercoaster season in 2018, the team is set to have another exciting year ahead.

The Symcirrus Motorsport team, managed by Steve Holborough, has doubled in size and has welcomed two new talented young riders. The first is Oscar Pinson, younger brother of fellow team member, Elliot. Oscar has achieved previous success, being crowned the Mini Moto Champion back in 2014, and took a ride out for the team during the last round of BSB at Brands Hatch. This year, he will be riding one of the SymCirrus Kawasaki’s in the Dickies Racing - British & Junior Supersport Championships.

The second new addition to the team is Harry Leigh. Harry caught the eye of the Symcirrus Motorsport team last summer, whilst competing in the Thundersport GP3 Superteens, which he won. After the incredible result, Harry was also selected for the trials for the British Talent Cup. The rest, they say, is history, and Harry will be competing in the HEL Performance Motostar Championship for Symcirrus this year.

“We’ve supported Steve and the Symcirrus team for a number of years, starting when they only had one rider in Edmund Best,” said Martin Wall, director at Stanair, “it’s been a real pleasure to support the team and also watch it grow over our time supporting them. We look forward to seeing what this season has in store for the team.”