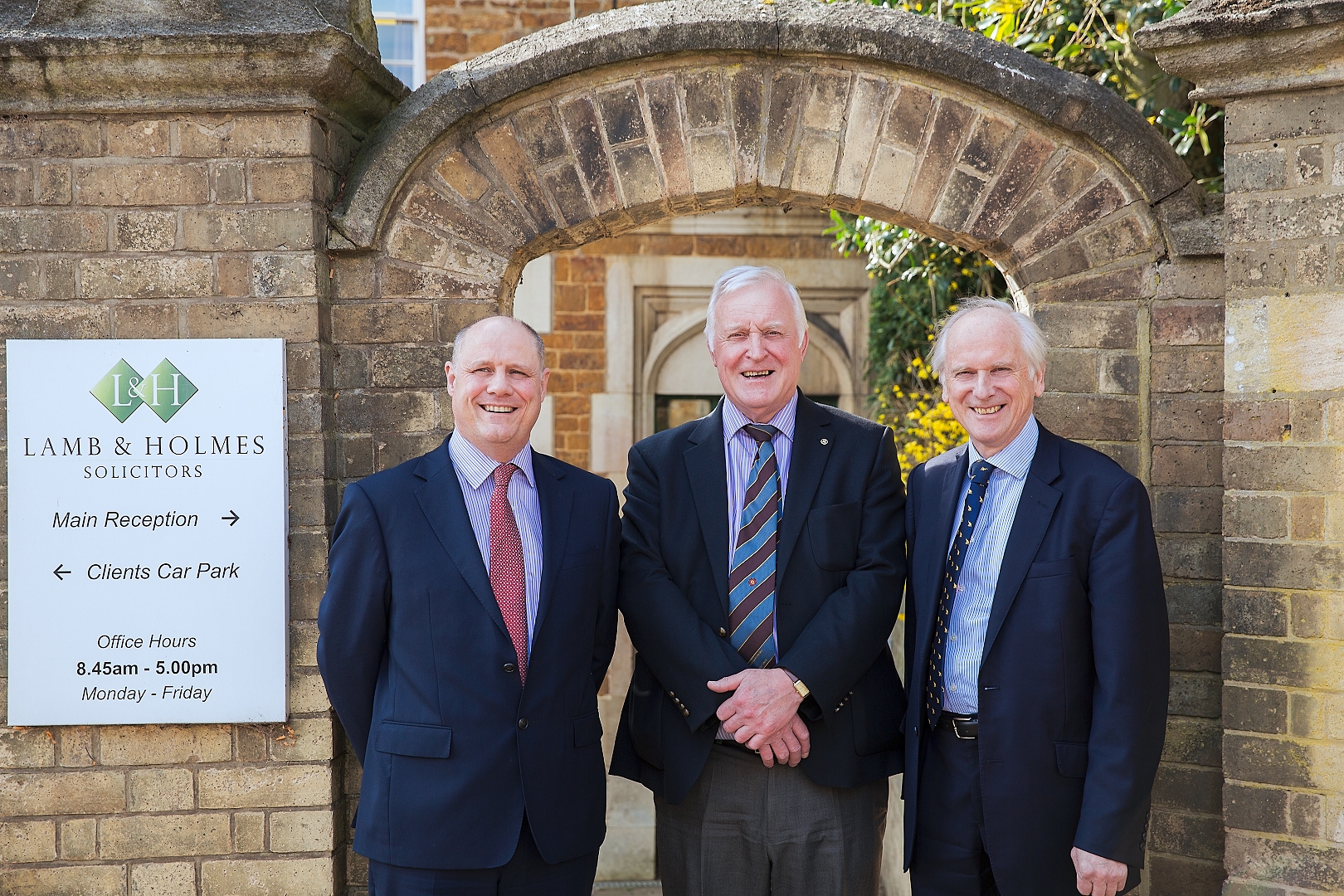 Michael Reed, a Senior Partner and Solicitor at Lamb & Holmes Solicitors in Kettering has retired after over fifty years’ service, having joined the local based firm back in 1965.

During his career Michael has provided an enormous contribution to the local community, through not only his working career, acting on complex commercial legal matters but also within his personal life. For the past thirty five years he has worked predominantly in the commercial sector and has overseen the growth and development of the commercial department, which is now one of the busiest departments within Lamb & Holmes.

Throughout his time at Lamb & Holmes, Michael has worked closely with his colleague and friend Edward Lamb, who is also a Senior Partner.

Edward Lamb, said: “I have worked with Michael for a good fifty years and as a Partner with him at Lamb & Holmes for forty-four years. We have strived during that time to maintain the high professional standard as Solicitors which the firm during its two hundred and six years of trading has been proud to establish.

“In the early days, Michael was a key member of Kettering Town Football Club (‘the Poppies’) and from those early years became involved in a leadership role in many Kettering and Northamptonshire based organisations: Round Table, Rotary, Kettering Golf Club, Northamptonshire Golf Union and the Northamptonshire Law Society. He has made an immense contribution to the firm, to the profession and in the life of the town and county. We extend best wishes for a happy and rewarding retirement.”

Michael’s commitment to the industry over the years has been exceptional and in recognition of this was awarded the Northamptonshire Law Society’s Lifetime Achievement Award back in 2016. His dedication to both the legal sector, his clients and Lamb & Holmes has been remarkable and he will be greatly missed by his colleagues and
clients.

“I have been fortunate to be part of a firm with such a long history in Kettering and the surrounding area. There have been many changes to Kettering and Corby over the years and no doubt there will be many more. I will miss the hustle and bustle of the legal profession but I am sure I leave Lamb & Holmes in good hands”, said Michael Reed.

In addition to assisting with the running of Lamb & Holmes Solicitors, Michael enjoys playing golf and is a member at Kettering Golf Club. He is also involved with the Northamptonshire Golf Union and the Rotary Club of Kettering.

For further information on the legal services available at Lamb & Holmes Solicitors please visit www.lambandholmes.com. Alternatively please contact the Kettering office on 01536 513 195 or the Corby office on 01536 745 168.