Robots, fruit and computer coding – sixth-formers get a taste of university research 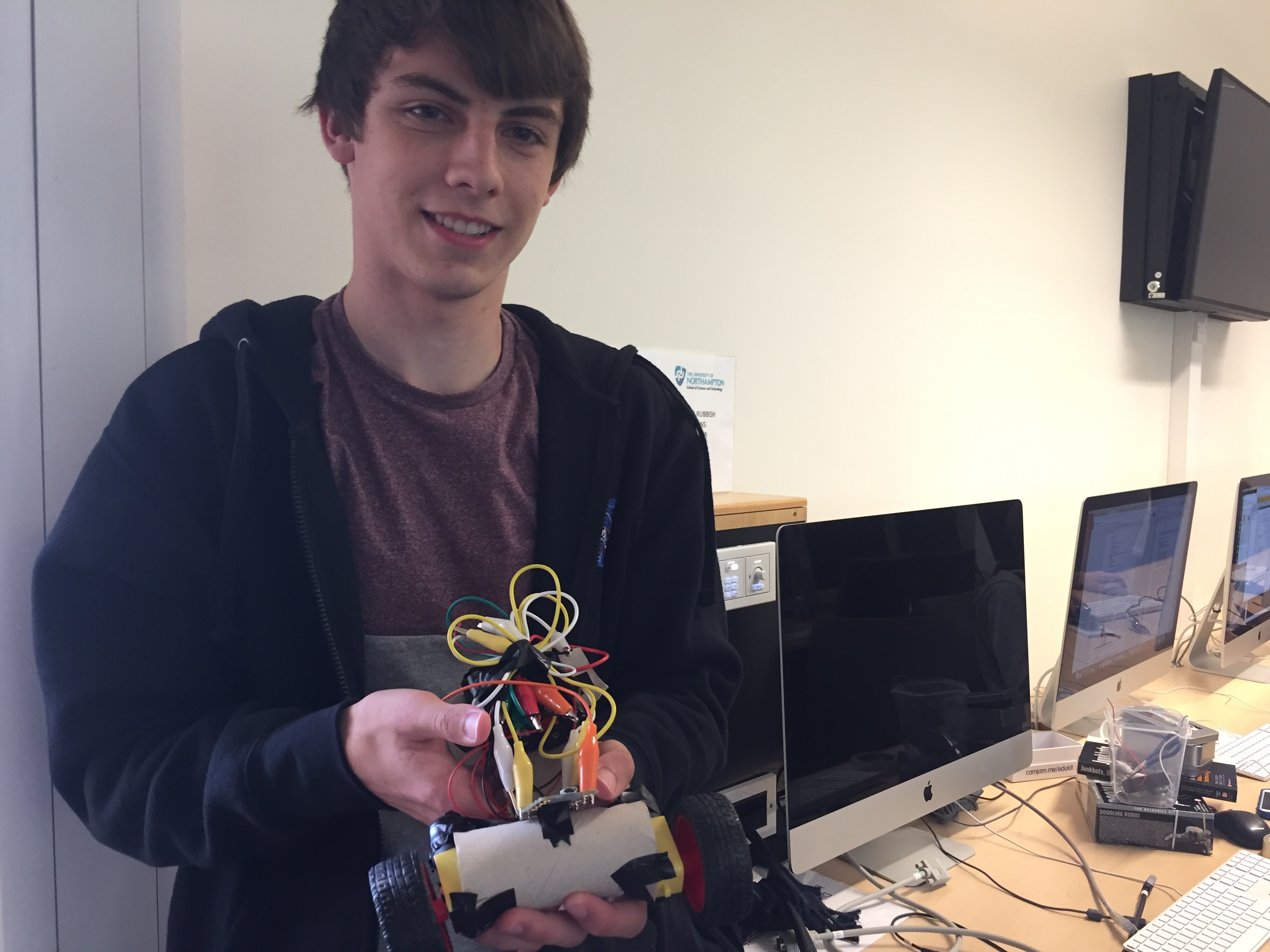 A select group of sixth-form pupils has spent the summer working on a series of research projects at the University of Northampton.

Four pupils from Northampton and Kettering schools undertook projects involving robotics, coding and urban orchards after each were awarded a Nuffield Research Placement – a scheme which offers sixth formers the chance to work on university research projects.

David Obreja, from Northampton School for Boys, spent his time at the University researching the amount of fruit-bearing plants and trees in areas of Northampton, and mapping them on a computer.

He said: “We need more fruit-bearing plants and trees in the town to provide food for wildlife, encourage biodiversity and improve the aesthetics of urban areas. I hope my research might encourage residents to plant more species, which would also have a social benefit as people may take it up as a hobby. Growing their own produce will also increase their food security.

“The research might also inspire housing developers to consider the mix of planting on their new developments, by including more fruit-bearing plants, rather than planting that is purely architectural.”

Fellow Northampton School for Boys pupil, Nathaniel Roberts, spent his time at the University making a junkbot - a robot made from waste items, such as a drinks can, powered by a kit.

He then coded the junkbot to make it move and used his experiences to produce an instruction manual for junkbot beginners.

Nathaniel said: “The project has taught me how to manage myself, set aims and work towards completing them, and given me an insight into how to write a technical manual in language that’s informative and easy to understand.”

Michael Welsh, from Kettering Buccleuch Academy, spent the summer programming a robot to learn how to follow a straight line, using sensors.

He said: “It works as a concept, but pretty difficult to get it right in practice, and has meant lots of methodical research. I’d like a career in computer science and this project has been pretty intense and demonstrated things can be a lot more work than you initially assume, but I like a challenge.”

Hiren Mistry, from Caroline Chisholm School in Northampton, learnt how to program a robot before creating a set of tasks for Year 7 pupils to do the same.

He said: “It’s been fairly tricky, with a lot of research and testing, and has given me a real insight into computer science.”

The University’s Associate Professor in Computing and Immersive Technologies, Dr Scott Turner, said: “The Nuffield placements have been incredibly successful. The students were all set very challenging university level projects and have enjoyed a real taste of the work we do here.

“I was very impressed with their commitment and aptitude for their subjects and am sure they will all go on to be a success at university, should they choose to go down that route.”