One of Northamptonshire’s finest young culinary talents has enjoyed the experience of a lifetime after spending the day working alongside Michelin-starred chef Michel Roux Jnr.

Laura Gibbins, 24, who is chef de partie at Northamptonshire Chamber member The World’s End at Ecton, won the trip to don her whites at Msr Roux’s famous London restaurant ‘Le Gavroche’ after being named ‘Young Chef of the Year’ in the Carlsberg UK Northamptonshire Food and Drink Awards - a prize generously provided by category sponsor Booker Wholesale, the UK’s leading food & drink wholesaler, based in Wellingborough.

Laura, who describes the French-born chef and co-host of the BBC MasterChef: The Professionals series as her ‘lifelong culinary idol’, spent lunch and dinner service in the restaurant’s kitchens, observing the team of chefs in action as well as doing some prep work herself.

“Going behind the scenes at Le Gavroche was just the most amazing experience and a real dream come true,” revealed Laura.

“My favourite part, aside from meeting Michel himself of course, was watching the chefs in action and seeing how brilliantly they worked as a team to bring everything together to perfection.

“I also got the opportunity to do a bit of taste-testing, which was pretty special and it’s really opened my eyes to what I might achieve with hard work and dedication!” she grinned. 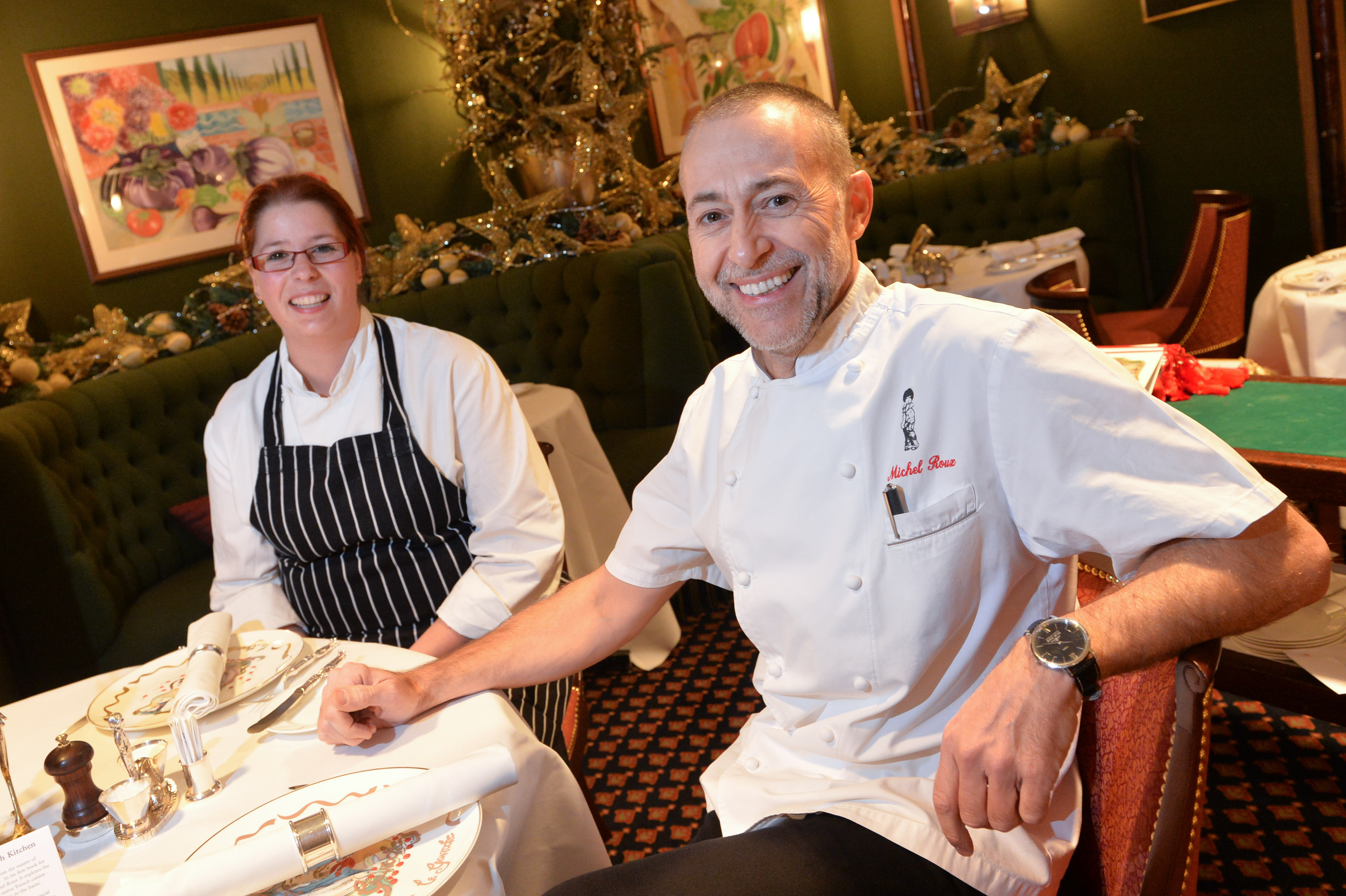 The prize was presented to Laura at the Awards Dinner staged at the Royal & Derngate in October by Booker’s Catering Sales Director, Stuart Hyslop.

He said: “We’re delighted that she clearly had a fabulous and rewarding day with Msr Roux and are most grateful to him and his team for allowing her such a privileged insight into the workings of his renowned restaurant.”

Awards’ Director Rachel Mallows described the prize as a wonderful end to what has been another successful year for the competition.

Rachel said: “When Northamptonshire Enterprise Partnership set up these awards five years ago the aim was to champion the food and drink sector and to raise the profile of the excellence that’s available here in the county and this year they’ve certainly achieved that.”

“We’re absolutely delighted that Laura, who honed her passion for cooking here in the county, has been able to put her Northamptonshire skills into practice at the very highest level in front of one of the world’s top chefs and I’m sure it will act as a massive boost to what promises to be a fantastic culinary career ahead of her.”

To watch Laura in action in the competition cook-off or for more details about the Awards, please visit www.northamptonshirefoodanddrink.co.uk If you are an organisation, business or individual interested in taking part in, or supporting, next year’s Awards, please contact Rachel at The Mallows Company on 01933 664437 or email rachel@rachelmallows.com