Oxford to Cambridge Corridor: rail and road consultations and what to expect in 2019 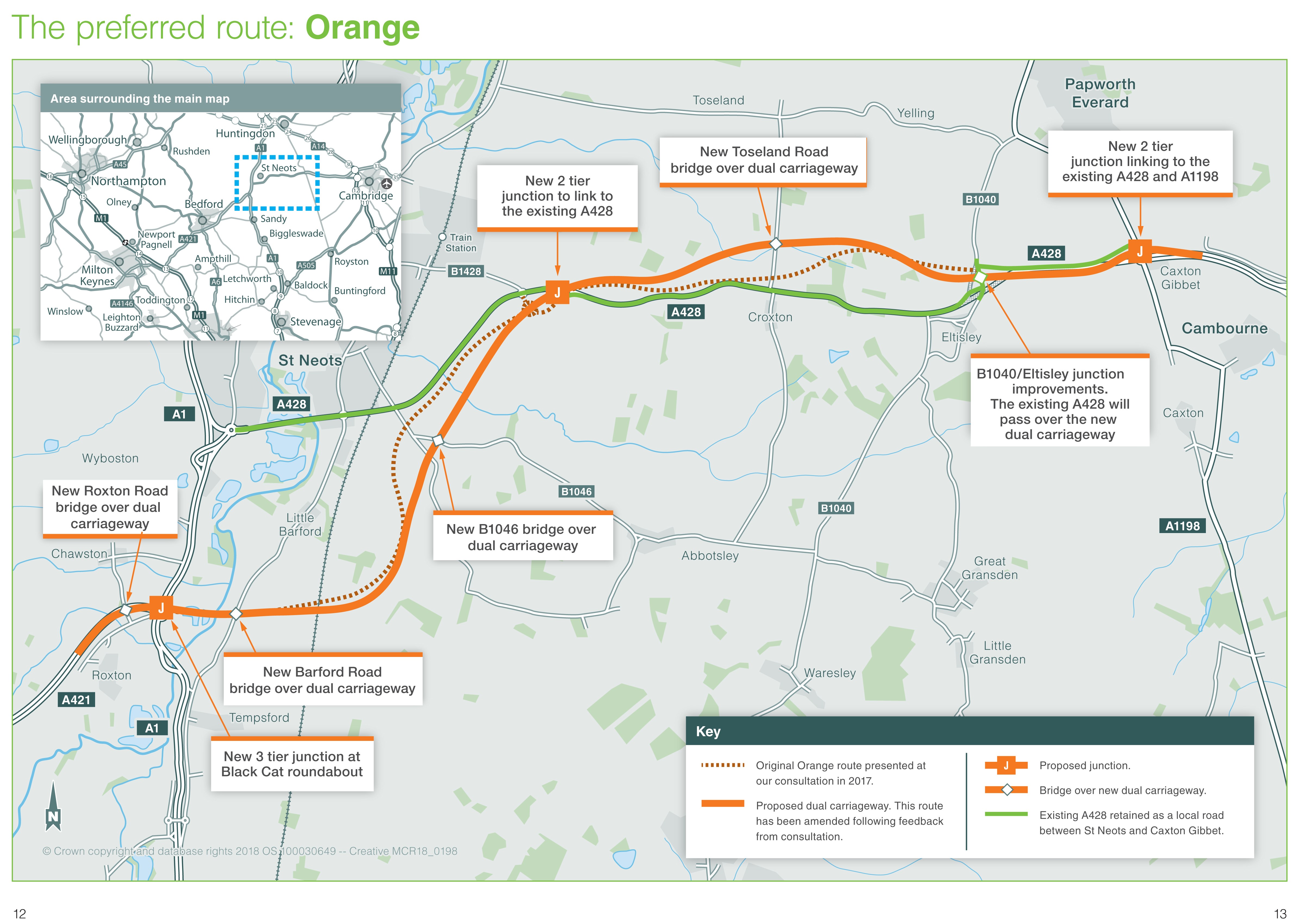 Since their last update there has been significant progress on the plans for transport infrastructure in the Oxford to Cambridge Arc.

The Government has also published its preferred route for 10 miles of new dual carriageway between the Black Cat Roundabout on the A1 and Caxton Gibbet on the A428 near Cambridge which will form part of the Oxford-Cambridge Expressway. After reviewing more than 4,000 consultation responses on three proposed routes, Highways England is taking forward the development of the Orange route and option C for the Black Cat roundabout.

consultations, there are further plans for the Oxford to Cambridge Corridor in 2019:

Robinson & Hall have written to clients who they think may be affected but some of the proposed routes are broad corridors with no specific route defined.

Will it affect you?

East West Rail is running a consultation which lasts until Monday 11th March. If you wish to make any representations to the East West Rail Consortium, then comments will need to be returned by that date. No date is set for East West Rail to announce its final route alignment.

A public consultation will be held with regard to the Black Cat Roundabout to Caxton Gibbet road scheme later on this year.

The NIC’s report published in November 2017 put forward a target of constructing 1 million new homes in the Oxford-Cambridge corridor by the year 2050 and for these homes to be associated with the Oxford to Cambridge Expressway and the East West Railway. Now we have a better idea of the proposed routes, there will undoubtedly be opportunities for landowners located within the Corridor and, if you are looking for advice, Robinson & Hall is ideally placed.