Meet Haddonstone’s Our Ones To Watch: Top 10 Young Garden Designers 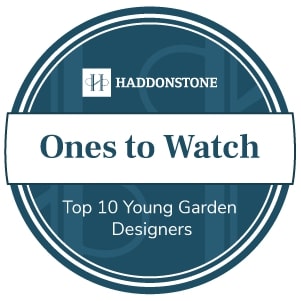 Haddonstone, the UK’s leading manufacturer of garden ornaments and architectural stonework, has announced its ‘Ones to Watch Awards: The Top 10 Young Garden Designers of the Year for 2020’.

In its inaugural year, the nationwide search celebrates the positive impact that younger gardeners and landscape designers are making to the industry. From an NHS therapy garden in Chiswick, to the National Tropical Botanical Garden in Hawaii, the designers handpicked for the awards are nationally and internationally acclaimed.

The next generation of garden talent include past winners of Royal Horticultural Society (RHS) awards, such as Ula Maria, who was named RHS Young Designer of the Year in 2017, and Northamptonshire-based William Scholey, who helped design the award-winning Haddonstone RHS Chatsworth Long Border in 2019.

The line-up also features full-time footballer Tayshan Hayden-Smith, the founder of Grow2Know. He started the not-for-profit following the Grenfell Tower disaster, with the aim of bringing positivity to the local area through green spaces.

The awards follow a recent study which found that young people spent £213 on their gardens during lockdown in the UK, despite the average age that the population gets into gardening being 41.

Nicola Clements, marketing manager at Haddonstone, said: “We are finding a definite increase in younger people becoming more interested in gardening and landscaping. From first-time homeowners to flat sharers and people growing their own produce, more and more young people are embracing the wellbeing and aesthetic benefits of gardening.

“We’re thrilled to announce our top 10 garden designers for 2020. This is the first year of our Ones to Watch Awards, which recognises young people with the greatest potential to become renowned figures in the gardening and landscaping industry. The Awards also recognise those already on the path to achieving greatness. Each designer is fully deserving of the accolade, which showcases some of the best that Britain has to offer. These young designers’ use of emotive garden spaces, playful exteriors and memorable installations will hopefully inspire others to follow in their footsteps and realise the infinite possibilities that come with working in the outdoors.”