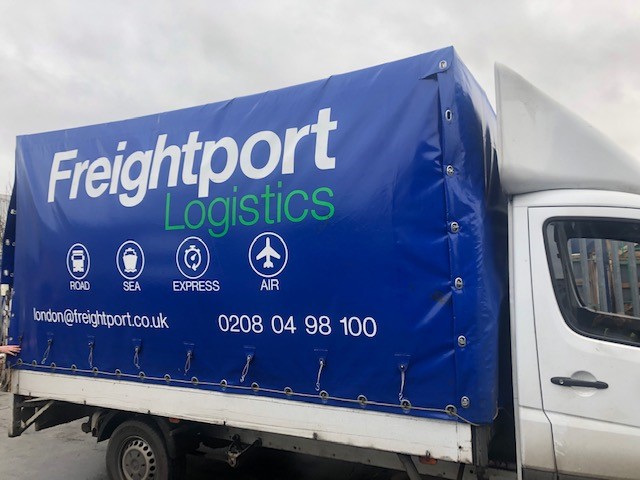 Since joining Fortec Distribution Network at the end of June the London branch of Freightport Logistics has recruited new staff members and more than doubled its revenue.

The UK logistics company, which also has depots in Hull, Glasgow, and Birmingham, has 30 employees’ company-wide, almost half of whom are now based at its new 38,000sq ft EuroHUB depot, in Basildon, London.

Andy Caunter, Branch Manager London, said: “Since opening our London branch in November 2018 the growth has been incredible. To start with it was just me sitting at a desk in the transport office. Within six months we had increased to a team of four and expanded our European network to cover more than 12 countries.

“COVID saw the closure of the logistics company we had been based in so we took the opportunity to expand the distribution side of our business and enhance our EuroHUB services. This allowed us to employ drivers, warehouse staff and office workers who otherwise may have been out of work following the closure of our previous partner. We moved into our own warehouse terminal, obtained our O-licence, bought our own vehicles and double deck trailers and we joined Fortec Distribution Network, all marking significant milestones in our company’s growth.“

The London branch of Freightport Logistics, whose revenues have doubled since June, was approached by several pallet networks, before deciding to join Fortec at the end of June.
“Fortec felt like the best fit for what we do and the size of company we are, “said Andy. “We are a neutral freight forwarder, independently owned and we like the fact Fortec is so approachable and personable and the management team are very hands on. Fortec were also the network that worked the hardest to bring us on board. They have bent over backwards to help and to get us up and running within the network.“

Freightport Logistics was formed in 2013 by Kerry Murray and Andy Bonner in Birmingham as a European freight forwarding company, servicing Ireland, Europe and the Scandinavian countries and has since been twice recognised for its customer service by BIFA (British International Freight Association), the highlight being awarded the Extra Mile Award in January 2019.

Andy added: “Joining a pallet network was not something we had considered before but now we see such tangible benefits. We have invested in our own fleet since joining the network, we benefit from greater flexibility for our customers, network rates and we can sell locally to others.
“The freight we pick up locally helps fill our trunk trailers on the days when our European services are quieter. We have more control, no longer have to outsource to couriers and vans, and have an impressive amount of freight going through the Fortec network.“

Adrian Bradley, MD of Fortec Distribution Network, said: “It is great to have a member on board whose focus is on growth and expansion. The team at Freightport Logistics are a wonderful addition to our network, with an admirable, commercial, savvy and can-do attitude. We are looking forward to supporting them as they continue to grow.”