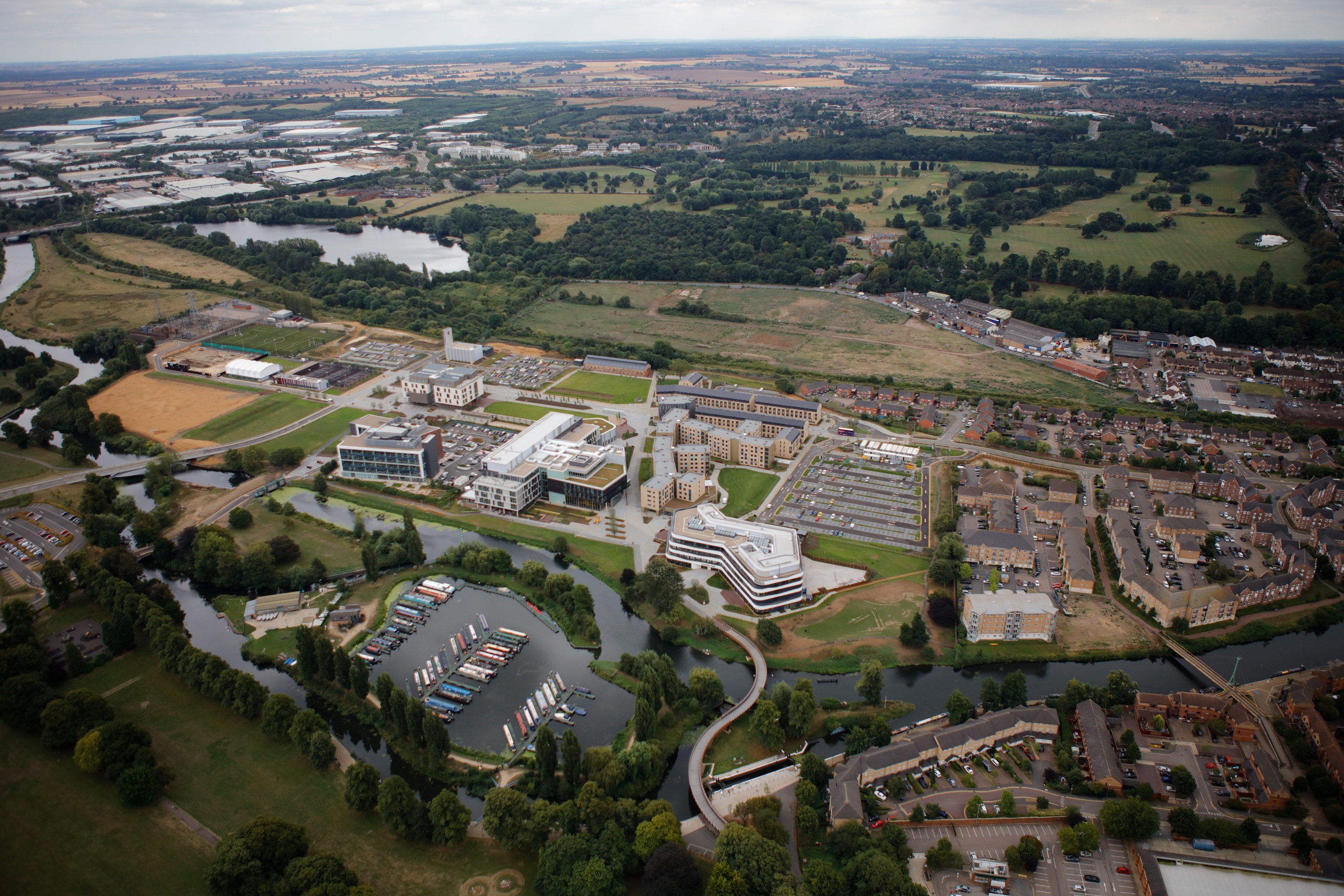 The provision of new wildlife habitats at the University of Northampton’s new campus has helped to increase the number of bird species on the site.

The £330m Waterside Campus, which opens to students in September, occupies a 58-acre brownfield site on the banks of the River Nene in Northampton town centre, which was home to a decommissioned power station and a disused factory.

Bird surveys were conducted every winter and spring prior to and during the seven-year period of site clearance and construction, between 2012 and this year, initially by ecological consultants and then continued by staff and students from the University.

As expected, the disturbance saw bird species decline in the immediate area, but as construction neared completion in spring 2018, birdlife has returned, and overall the diversity of species had actually increased.

In 2012-13, there were 52 bird species found on the site, and a similar number were found in the last round of surveys in 2017-18.  However, over the course of the surveys the team has recorded 77 bird species.

The encouraging results will have been helped by the creation of new wildlife habitats on the campus. Prior to construction, University academics, the landscape architects and the Wildlife Trust formulated plans to provide new habitats, including tree planting, meadowland, a reed bed and recreation of a brownfield site. These measures occupy almost half of the entire site.

Jeff Ollerton, Professor of Biodiversity at the University, who leads the survey team, said: “The redevelopment of urban sites does not have to mean a loss of wildlife, as our work has shown, if nature is given space to co-exist and planned into the development from the outset.”