FREE charity places up for grabs in Northampton Half Marathon races 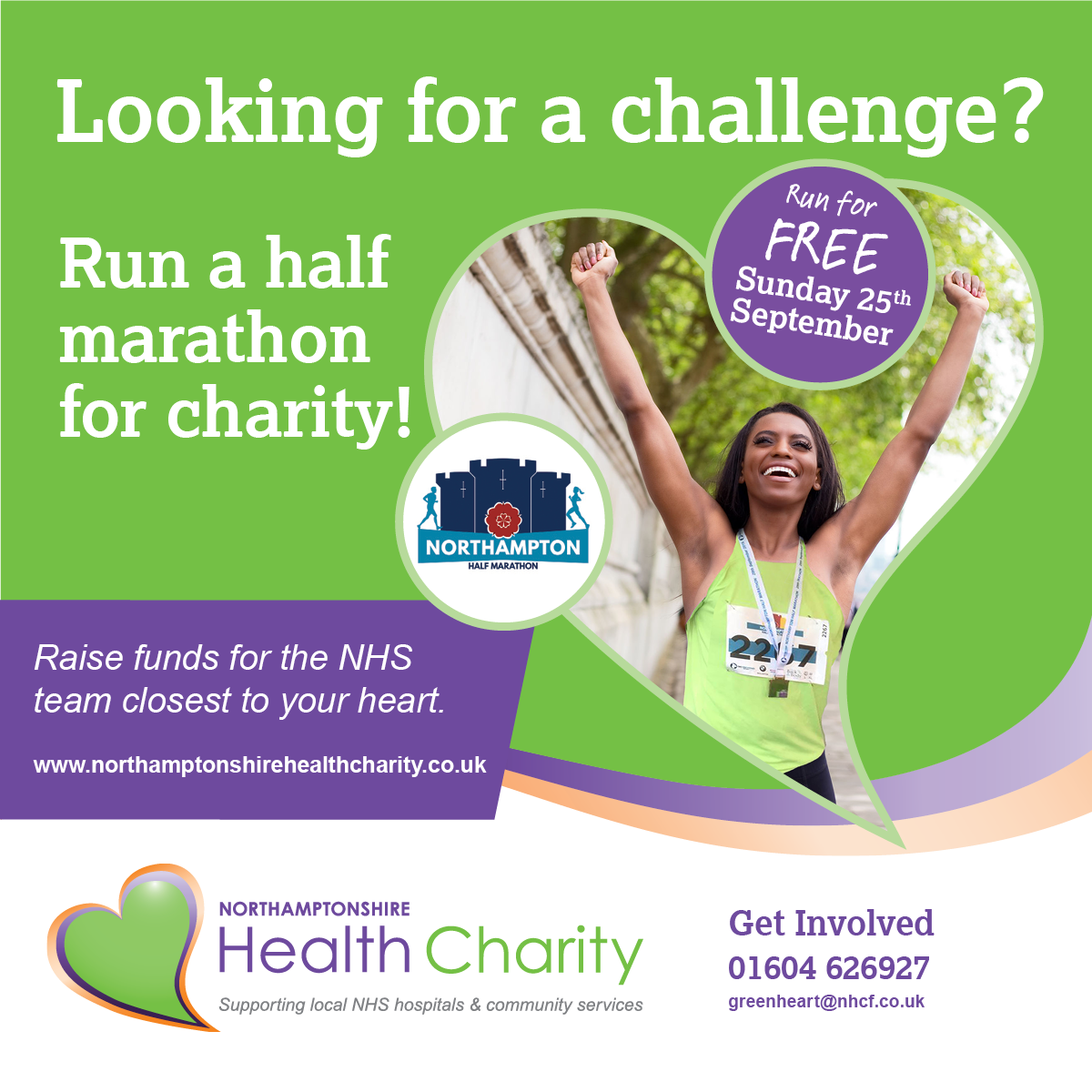 Jump into your running shoes this summer and take on a half marathon challenge to support your local NHS teams. Pledge to raise a minimum of £100 for Northamptonshire Health Charity and you’ll run for FREE! The stunning course begins with a tour of Northampton’s heritage before heading out of town for some scenic countryside running.

If the 13.1-mile half marathon is a little too much, then simply halve it and register for The Size 6 instead. The minimum amount to raise for your free place in this 6.9-mile race, which runs alongside the Northampton Half Marathon, is £75. You can break things up further by opting for the Northampton Half Marathon Relay, which is in three stages with a minimum sponsorship requirement of £160 between the three of you.

Northamptonshire Health Charity is the independent charity supporting Northampton General and Kettering General Hospitals as well as all of the community and mental health hospitals and services under Northamptonshire Healthcare Foundation Trust (NHFT). You can raise money for the ward, department or service that means the most to you, your work team, or your family.

Alternatively, help the charity towards the targets for their current fundraising appeals for the new outside play area between the children’s wards at Northampton General; a new maternity bereavement suite at Kettering General; or the development of the garden area at The Squirrels short breaks centre for children with disabilities and complex health conditions, under NHFT.

In 2019, runners raised over £14,000 for a wide range of wards and departments, followed by 2021’s smaller team raising a wonderful £5,000. This included 7 runners who ran in memory of Theo Crussell and who were raising money 4Theo in aid of the Bereavement Midwifery team at Northampton General Hospital and Action on Pre-eclampsia.

It’s not too late to get started with your training for this year's event and the charity will support you with your fundraising every step of the way as well as being there on race day to cheer you on!  Sign up via the charity’s website at https://northamptonshirehealthcharity.co.uk/events/northampton-half-marathon-2/ or contact the team if you would like to discuss it. Call 01604 626927 or email greenheart@nhcf.co.uk