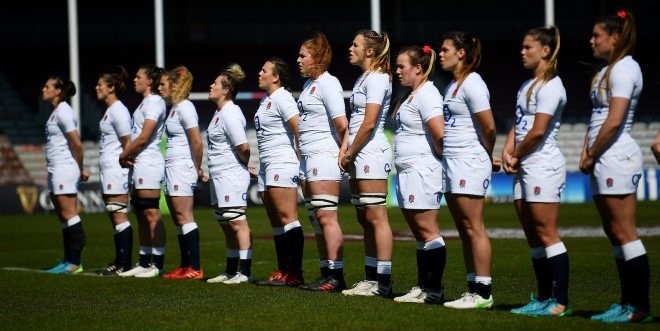 Franklin’s Gardens will play host to England Women this autumn, with the Red Roses set to lock horns with New Zealand in Northampton on Sunday 7 November.

The clash (which kicks off at 2.45pm) will be the second encounter between England and the Black Ferns, with the RFU today confirming that Simon Middleton’s outfit will also face New Zealand on Sunday 31 October at Sandy Park.

The Red Roses round off their autumn international campaign at Twickenham Stoop and Sixways, as they face Canada on Sunday 14 November and then the USA on Sunday 21 November.

Tickets will be on O2 priority sale from 10am on Wednesday 8 September, before being released for general sale from 11am on Friday 10 September from northamptonsaints.co.uk/buytickets.

“We are absolutely delighted and very proud to be welcoming the Red Roses to Franklin’s Gardens for the first time since 2001,” said Mark Darbon, Northampton Saints Chief Executive.

“After hosting the Allianz Premier 15s Final in Northampton back in 2019, we hope we can make the match against the Black Ferns another memorable occasion for fans of English rugby.

“Our commitment to supporting and developing the women’s and girls game in our region is stronger than ever – by hosting this showpiece fixture, I hope we can continue to help drive participation in playing, coaching or volunteering across Northamptonshire and the East-Midlands.

“Everyone at the Club is relishing the thought of seeing thousands of supporters flooding through our gates to cheer on England Women.”

The meeting against New Zealand will be England Women’s fourth time at Franklin’s Gardens – the last match in Northampton being a 50-6 Five Nations victory over France in 2001.

Red Roses head coach Middleton added: “The inclusion of Northampton is a great move. My impression of Northampton during my time at Leeds in the Premiership was they were always the trendsetters of what a world-class stadium should look like.

Register here with England Rugby to be the first to hear about tickets, as well as staying up to date with the latest women’s rugby news, announcements, events and offers.