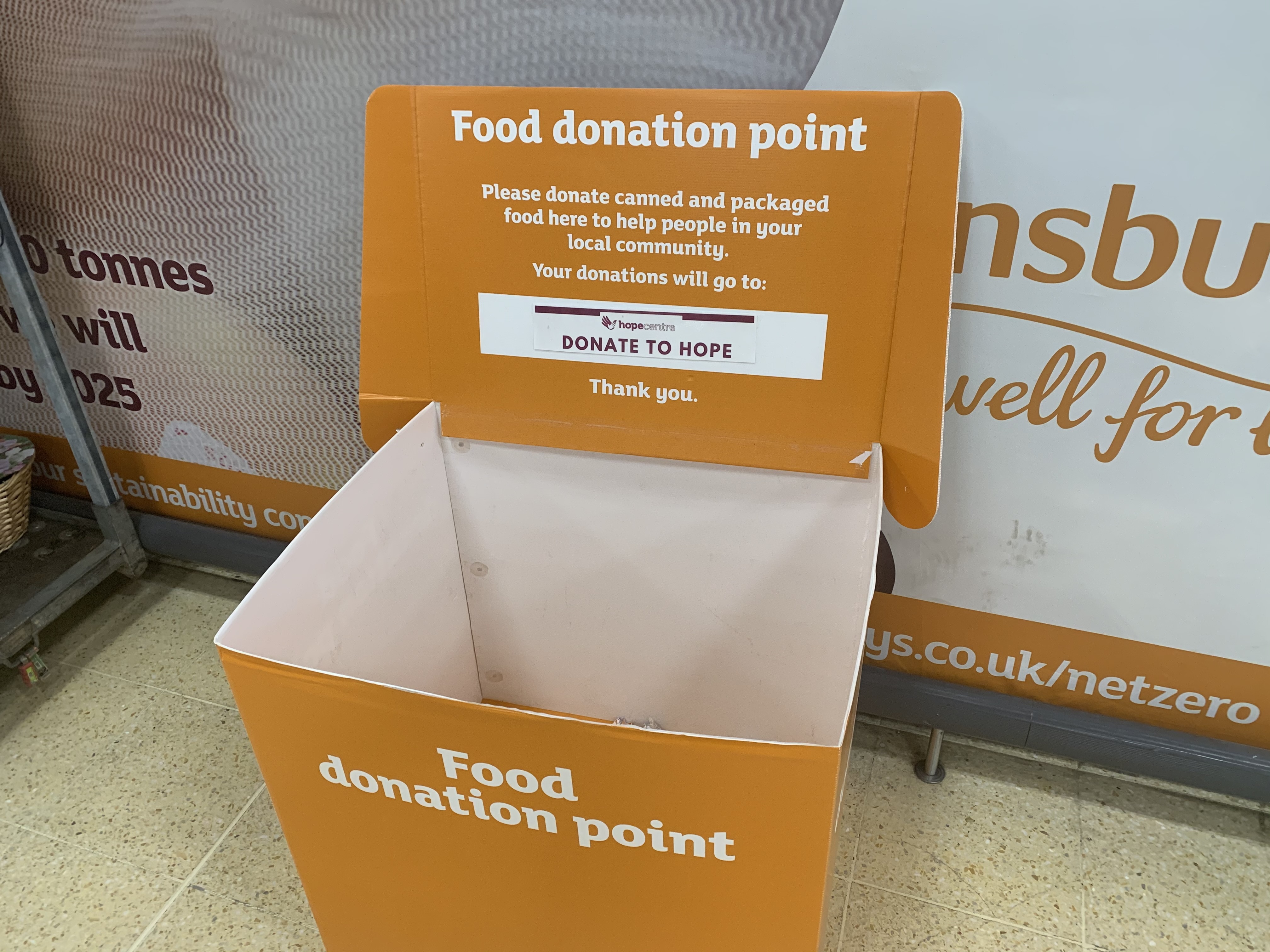 Have you had the misfortune of heading for the supermarket of late, only to discover that some of the items on your shopping list were missing from the shelves?

No doubt you made do. Maybe you just changed what you were going to have to have for supper that night. Problem solved.

So, imagine what it must be like to be among the poorest and most vulnerable in our communities and to be told that the cupboards are almost empty and you therefore may not eat today. At all.

Well that’s the issue affecting the thousands who are currently using Northamptonshire’s foodbanks, where stocks are so low that there’s a real chance that they will run out of food in a matter of days.

Robin Burgess is CEO of Chamber member Northampton Hope Centre, which is now operating the Hope Food Club free of charge for members old and new, serving around 420 people each week in the Eastern Districts, Kings Heath and surrounding areas during this pandemic, and says that COVID-19 is only making the challenges that they face on a weekly basis worse: “Years of increasing poverty have already put charities like ours on a knife edge and this crisis is only exacerbating an already dreadful situation.

“With thousands of people losing their jobs, and having no money to buy food, they’re also now turning to us, so any supplies we may have had when this all started are now massively depleted and, in the case of ambient or long-life food, it’s now almost all gone.

“The supermarkets are kindly offering access to food but when it’s fresh or with tight expiry dates it simply can’t address our shortfalls and we just don’t have the funds to go out and buy it for ourselves.

“Having just done a stock take, I know we have only three days’ meat supply left while at this rate we will run out of fruit in just four days,” he added.

Meanwhile Paul Adams, Manager of the Daylight Centre Fellowship in Wellingborough, reveals that they too are under massive pressure: “The charity runs pretty much hand to mouth at the best of times and while we’ve never had to turn anyone away empty-handed before, I really fear that that will be the case before too long, if we don’t manage to restock our ever-dwindling shelves,” explained Paul.

“We really desperately need such items such as tinned tomatoes, tinned vegetables and fruit juice as well as jarred cook-in sauces and pasta, but frankly anything that can be used to feed someone who will go hungry if we can’t help them would be very gratefully received,” he urged.

The two foodbanks join others across the county, including Northampton Food Bank, run by Re:store Northampton, Weston Favell Centre in Northampton and East Northants Community Services operating in Rushden and Corby, in working together to try to address the current crisis brought about by the coronavirus outbreak. The food will be shared across the areas and focussed on keeping the provision going.

They are urgently requesting support in the form of food donations as well as money to help cover their costs to ensure they keep their stores and warehouses open, their vans on the road and are able to fund the staff who work with their volunteers. To offer your support, please contact the individual foodbanks directly.

Meanwhile, you can make your food donations in foodbank bins, which have been set up in the following supermarkets: