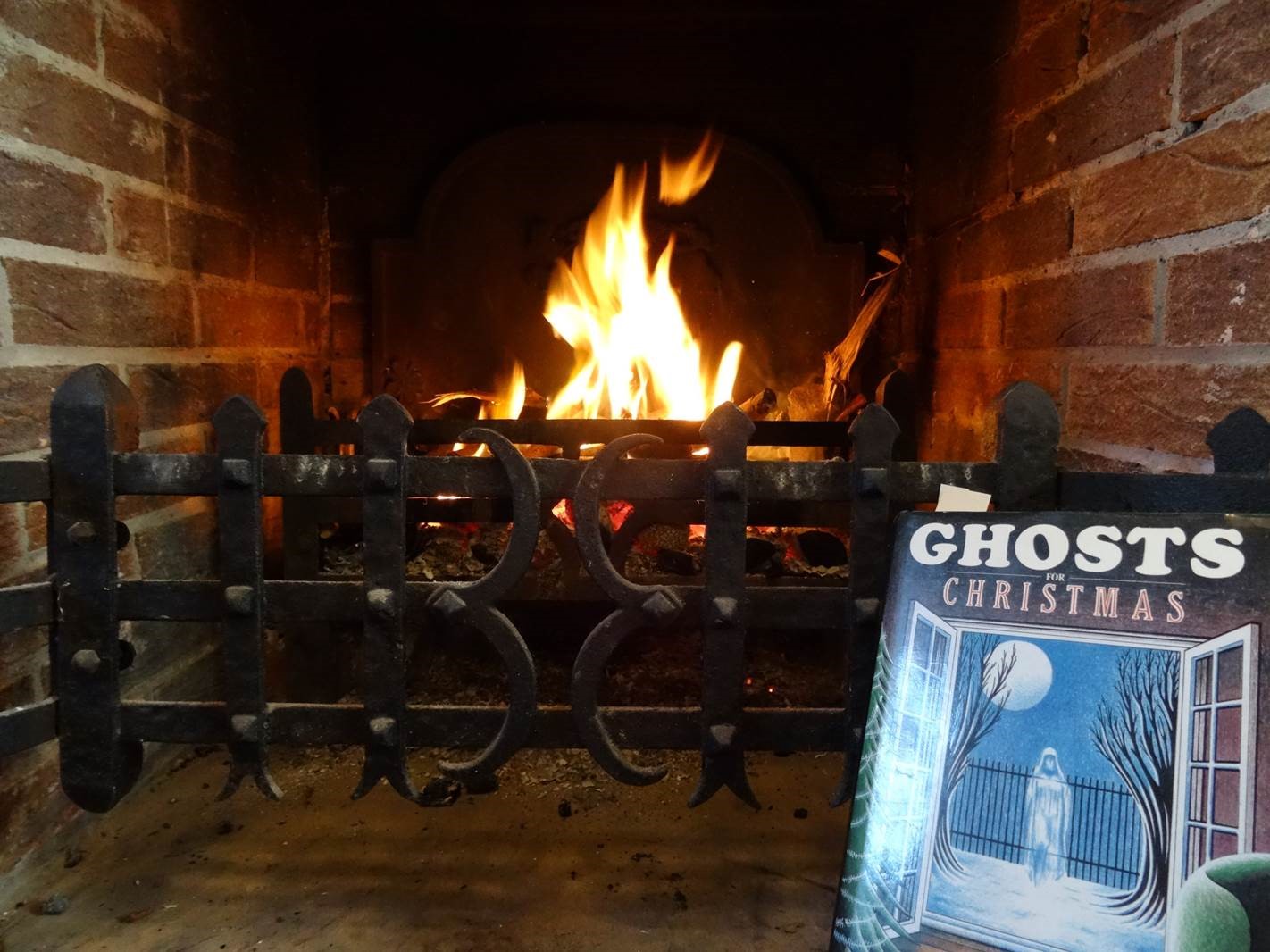 Christmas is the time of year for many traditions, including telling and hearing ghost stories. Dr Cal Cooper, Lecturer in Psychology at University of Northampton, blogs about why ghosts and other strange experiences gained popularity during the festive season.

When we think of Christmas, we may think of presents, family, food, Christmas trees, cards depicting picturesque houses covered in snow, or people keeping warm and merry by a fire place. However, perhaps we are too quick to forget that Christmas is a traditional time for telling ghost stories, some fictional, some exaggerated for dramatic effect, but perhaps based on an original experience.

So what is the connection between ghosts and other strange or inexplicable experiences and the Christmas period?

Perhaps now you’re thinking about Charles Dickens and his novel A Christmas Carol: Being a Ghost Story at Christmas. The story tells of the cruel and avaricious Ebenezer Scrooge who is visited by the ghost of a deceased colleague (Jacob Marley) late one Christmas Eve and is told to mend his wicked and selfish ways or end up forever tortured in purgatory like
himself.

Scrooge then goes on to experience visions from his life by the ghosts of Christmas Past, Present and Yet to Come, all showing him what people really think of him, and what he thought of himself, if only he took the time to consider his actions. Some research into near-death experiences has shown that such life reviews are a relatively common feature and can lead to reappraisal of a person’s life, once they see it flash before their eyes in a wave of vivid memories.

He argued that certainly Dickens was responsible for popularising the notion of Christmas ghosts, in the minds of the reading public at least (Dickens’ work was quoted as being “a national benefit” by another esteemed Victorian novelist, William Makepeace Thackeray, in his 1844 review). The benefits for readers include the bringing together of families and friends to enjoy such stories especially on a cold winter’s night, the encouragement of reading and engaging with literature, and highlighting awareness of exceptional human experiences that have been documented for thousands of years and often used and adapted for entertainment.

Dickens certainly took advantage of the entertainment factor ghost stories could bring. Few people seem to remember that he had brought ghosts into his stories on several
occasions. Indeed, A Christmas Carol was followed by another ghost story, entitled The Chimes: A Goblin Story of Some Bells That Rang An Old Year Out and a New Year In and 1852, the famous collected edition of Christmas Books was published. To the minds of many scholars of psychical researchers and parapsychology, Christmas ghosts by this point had became established as a part of the overall festive traditions.

Though Dickens exploited ghosts, Price doubted that he believed in real-world accounts of them, or gave much credence to the scientific inquiry psychical research had been paying to them. He made personal attacks in reviews of mediums of the time such as D. D. Home and later lost interest in ghosts, believing them to have become too popular.

And yet, A Christmas Carol was a story that hit the public attention at the right time, as many books discussing beliefs and strange experiences around the festive period existed long before the work of Dickens. This can be seen when turning to the beginnings of Christianity with various superstitions held around the Christmas period – traditions of which seem to be long since forgotten.

To this day, A Christmas Carol is possibly the most popular Christmas story and has been re-told time and time again, in various books, theatre performances, and film adaptations. Though no particular ‘ghosts’ as such, are said to be seen and experienced around the Christmas period, people may still report anomalous events in their lives around this festive period. These occurrences are likely of pure coincidence, since people report them all year round. Yet, at the time of year when we dress up warm, eat and drink well, and gather inside away from the cold and seek the comfort of a roaring fire most people, young and old, enjoy a good ghost story. And so Christmas spirits live on.

When we put aside the fictional stories, psychologists are most interested in the real-world accounts of exceptional experiences. Here at the University of Northampton within the Psychology Division, the Centre for the Study of Anomalous Psychological Processes (CSAPP) explores a variety of anomalous beliefs and experiences that people report. We deliver a 3rd year module in ‘parapsychology and anomalous experiences’ and have received regular interest from people pursing research degrees who wish to view the experience of ghosts but and so much more through the rigorous lens of scientific method and inquiry.

Stay warm and merry this Christmas and enjoy a good ghost story. But if your inquisitive mind wants to know more about these experiences, then pay us a visit!

See our website for more about the Psychology course at University of Northampton.