Culinary celebration set to be a vintage year! 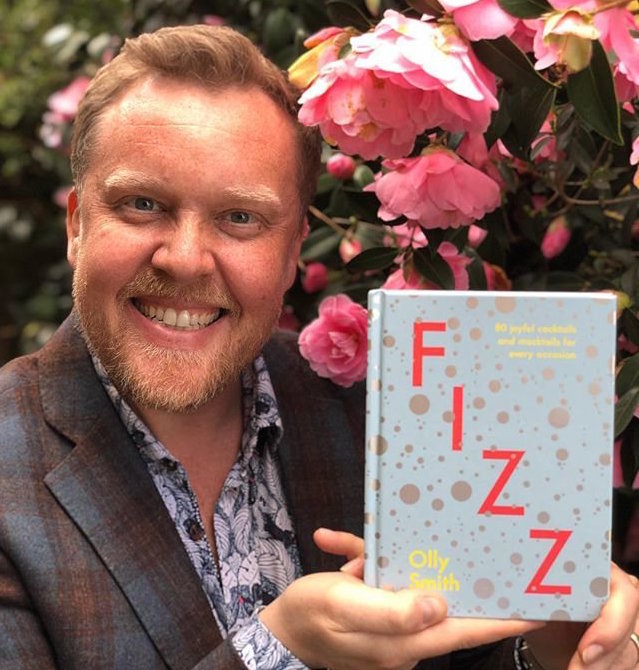 The team behind the Carlsberg UK Northamptonshire Food and Drink Awards is thrilled to announce that multi award-winning wine expert, TV personality, author and columnist Olly Smith is the special guest at this year’s Awards Dinner taking place at Northampton’s Royal & Derngate in November.

The vivacious presenter, who regularly appears on BBC 1’s Saturday Kitchen, hosts his own podcast A Glass With…. in which he drinks with the stars and who published his latest book on cocktails and mocktails, Fizz, earlier this year, has himself picked up numerous titles, including both ‘Drinks Business Young Achiever of the Year’, ‘International Wine & Spirits Communicator of the Year’ in 2009, ‘UK Vineyards Association Communicator of the Year’ in 2012, while he was also named ‘Best Drinks Writer’ in the ‘Great British Food Awards’ in both 2016 and 2017.

As wine columnist for The Mail on Sunday, with a listing in Debretts as one of the 500 most influential people in the UK, and one of P&O Cruises’ Food Heroes, curating the wine list and hosting events across the fleet in his Glass House bars, Olly, will follow in the footsteps of fellow culinary luminaries Jason Atherton, Marcus Wareing and Michel Roux OBE in presenting the trophies at the competition’s end-of-year celebration and says he’s delighted to be heading to the county: “I’m absolutely thrilled to be coming to Northamptonshire to be part of this special event because, for me, wine and food is an ever-evolving journey of discovery, packed with innovative techniques, passionate craft and immersive history,” explained Olly.

“It takes you straight to the heart of any destination and gives a real taste of what it’s like to be a part of that community so I’m looking forward to getting to know Northamptonshire’s increasingly successful food and drink community rather better!

“After all, life’s greatest pleasure is to share a glass and a bite of something local, so how fabulous to be able to do so with a throng of those who feel the same at what will I know will be a fabulous celebration!” he enthused.

Among those waiting to discover if they will be receiving their winner’s trophy from Olly are the quintet of finalists in the ‘One To Watch’ category (sponsored by Whitworth Bros. Ltd Flour Millers), which is aimed at those producers whose businesses are less than five years old and is designed to recognise their potential for major growth, their future significant impact on the market and thereby raising the profile of Northamptonshire at a regional or national level.

They are (in alphabetical order):

Meanwhile, as the finishing touches are put the big night, the next two months remain as busy as ever in the Awards calendar with the results in the last categories being determined, including those for ‘F&B Achiever’ (sponsored by Howes Percival LLP), ‘Restaurant’ (sponsored by Whitco Catering and Bakery Equipment) and ‘World Cuisine Restaurant of the Year’ (sponsored by British Pepper & Spice).

In addition, the seven products vying for the title of ‘Artisan Local Vegetarian / Vegan Product of the Year’ will face their third stage of judging by an expert panel from The Vegetarian Society, while former Northampton College student, Daniel Innes-Fitzhugh, who is now Assistant Development Chef to Raymond Blanc OBE at Le Manoir Aux Quat’Saisons, joins The Telegraph’s restaurant critic and Awards Patron William Sitwell on the panel deciding which treats will be named ‘Artisan Local Savoury Product’ and ‘Artisan Local Sweet Product of the Year’ (sponsored by Heygates Flour and Animal Feed and Moulton College respectively).

As the Awards reach the culmination of their 11th year, director Rachel Mallows MBE DL is reflecting on another successful 12 months and believes that Olly’s presence will be the perfect way to celebrate: “We’ve been blessed to enjoy the company of some of the greatest names in the food world at the dinner over the last decade, but it shouldn’t be forgotten that this is a drinks competition too, so what better way to raise a toast to some of the county’s best eateries, chefs and producers than with a man at the top of that game!” said Rachel.

“You’ve only got to look at the wealth of new drink producers in the mix for their two titles and indeed the depth of culinary talent across the board in the competition this year to appreciate that this year’s dinner promises to be a cocktail of Northamptonshire delights that Olly will never forget!“ she added.

The Awards Dinner is taking place at Northampton’s Royal & Derngate on Thursday 14th November. Tickets priced at £120 (plus VAT) or £1,320 (plus VAT) for a table of 12 are available by visiting the Awards’ website – www.northamptonshirefoodanddrink.co.uk

For details of the finalists in all of the categories which have already been determined, again please visit the website, call Rachel on 01933 664437 or email rachel@themallowscompany.com You can also follow the competition on Twitter and Instagram at @foodawardsHQ or on Facebook at www.facebook.com/foodawards

Meanwhile for more information about Olly Smith, including details of his forthcoming events and TV appearances, please visit www.ollysmith.com