Could your directors be in for a surprise? 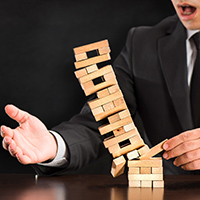 For many years, large companies have been accused of endangering their supply chains because of poor payment practices.

More recently, following the collapse of Carillion, a parliamentary committee made recommendations that could lead to a regulatory approach. With the UK Parliament engrossed with Brexit, this is unlikely to make the stature books anytime soon.

The most recent regulatory action is The Reporting on Payment Practices and Performance Regulations 2017 (“PPR”), which came into law in April 2017. This requires large companies to report on their payment practices every six months.

There was a phased introduction to this requirement with the first reports due to be submitted in November 2017. Companies had to then report every following six months. As of December 2018, a total of 102 companies have reported three times.

Here looking at the payment terms imposed by large companies, are three lessons they have learned from the data:

If you are doing business with a large company that has totally avoided the reporting, beware.

Patisserie Valerie Plc was recently placed into administration. It had failed to ever report under PPR.

Economia, the magazine distributed to members of the Institute of Chartered Accountants in England & Wales, recently reported on their invoice payment chaos.

Patisserie Valerie’s interim CFO reported that “he is unable to explain why the previous management did not publish the reports since they have now left the business. However, he admits that it is not currently possible to calculate the average length of time taken to pay invoices, how many invoices are paid within agreed time terms and how many are paid late.

“The main reason for this is that a large number of payments on account have been made, making it impossible to state when any particular invoice was paid.”

This underlines the need for visibility, efficiency and control in the Accounts Payable Process and any business unable to report on such matters needs to quickly consider improvement of its systems and processes.

Invu Services review of the trends, shown by the 102 companies that have reported three times, suggests little has changed. The majority of companies are imposing the same payments terms throughout the 18 month period.

This is illustrated in the table below which suggests there has only been a small change in behaviour primarily focused on these large companies demanding payment terms of more than 90 days.

By December 2017, 198 companies had reported, setting the expectation that we should have seen reports from a similar number of companies for a third time in December 2018.

Instead only 102 companies reported. Clearly compliance with the reporting has dropped significantly, it is highly unlikely that almost 100 companies have disappeared in the meantime.

In a previous news item, Invu asked whether PPR was Mindless Bureaucracy or Useful Tool?

This lack of compliance would suggest that this regulation was regarded as mindless bureaucracy by some large companies.

For SME’s, on the other hand, it is a useful tool, providing visibility on the payment practices of large customers. Additionally, where there is a lack of reporting compliance this should serve as a warning signal.

The comments made by the interim CFO at Patisserie Valerie concerning the inability to report whether or not supplier invoices have been processed and paid should be a governance wake-up call to all board members.

If your company cannot produce the information required by PPR on a timely basis, whether you have a reporting requirement under PPR or not, you have a serious issue.

To address this you need an efficient accounts payable system that provides visibility and control.