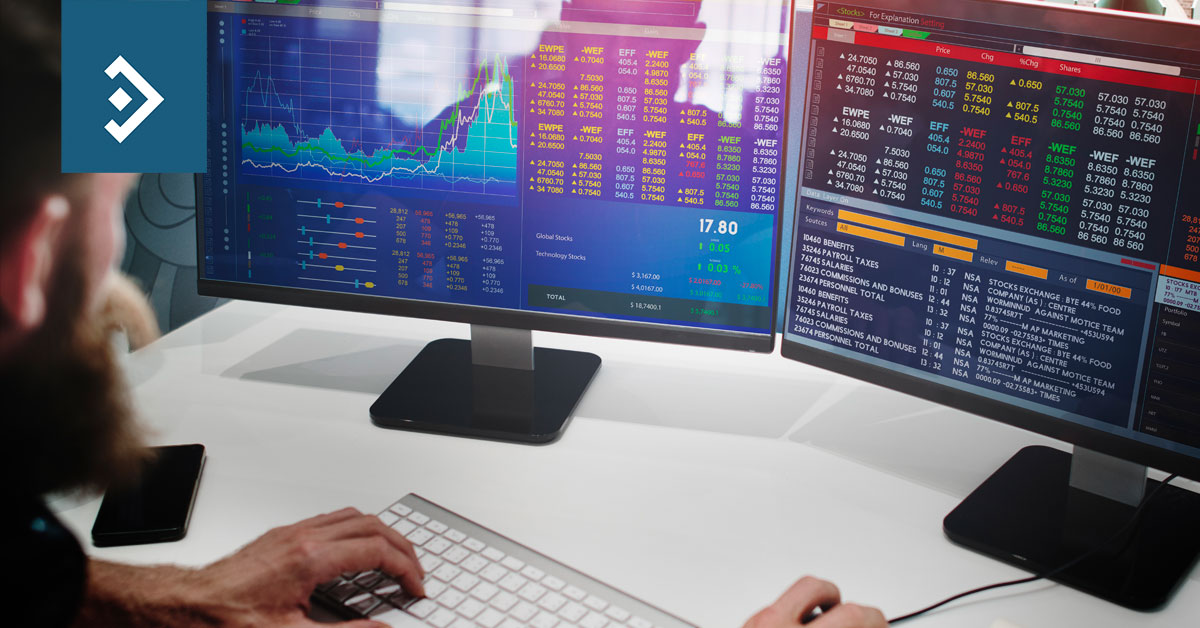 GBP - Great British Pound
Soaring cost of living to hit retailers
Like for Like retail sales data was released yesterday, and it showed that consumers were concerned by the rise in the Omicron variant but more so about rising inflation. Year-on-year, sales rose 0.6% against a rise of 1.8% in November.

Economists at the British retail Consortium believe that the soaring cost of living will have a significant effect on the retail sector. With higher taxation, continual increases in the cost of energy, and rising inflation, the outlook for the first couple of quarters is unlikely to be positive.

There is some good news in that the level of infections is showing signs of having topped out, but household costs will also start to be affected by rising mortgage rates as fixed term deals begin to expire.

Households face a rise in the cost of their mortgages, a phenomenon that hasn’t been seen by many for several years, and in some cases facing a higher cost of financing a property purchase is new.

So far, the housing market has held up well following the withdrawal of support in the shape of a Stamp Duty holiday but as the economy slows and inflation rises, there is sure to be an effect on the volume of sales and this could lead to a lowering of prices.

Various economists have pointed to the fact that the pace of the Omicron variant’s move through the population will mean that its effect is diluted. The fears of a return to wholesale lockdowns appear to have been diluted, and this has brought a huge sigh of relief from the hospitality industry.

Brexit is set to raise its head again in the spring as Foreign Secretary Liz Truss, who has taken control of negotiations, commented that she won’t hesitate to invoke article sixteen of the treaty should the EU continue to act obstructively.

Truss is however planning to go to Brussels soon with a set of concessions that she hopes will ease the logjam that has been forming for some time.

The pound, while it remains in a familiar range, rallied yesterday against a weaker dollar. It rose to a high of 1.3632 and closed within two pips of that level.

Friday will see data for manufacturing and industrial output released, while these sectors combined only account for around 20% of overall GDP, analysts will observe the trend to confirm that the economy remains in growth mode.

USD - United States Dollar
FOMC to normalize policy this year
Federal Reserve Chairman Jerome Powell has been testifying in front of the Congressional Finance Committee this week. He has continued to affirm that the FOMC was right to delay the withdrawal of additional support for the economy.

Powell believes that the extraordinary circumstances caused by the various lockdowns brought about by the Coronavirus Pandemic meant that the Central Bank had to become more reactive than it otherwise would have been.

Such events inevitably led to the Fed’s actions putting it slightly behind the curve, but going forward as the situation clarifies, the Fed will be able to bring inflation under control without damaging the recovery.

Powell, facing questions on his nomination for a second term in office, believes a soft landing for the economy as interest rates begin to rise is eminently possible.

He can only base his estimates on current information, and it remains to be seen if the upsurge in cases of the Omicron variant, which reached a record level on Monday, is strong enough to blow his plans off course.

Powell commented that current FOMC policy will be sufficient to cool inflation without causing damage to the labour market.

Given the continued rise in inflation, it is expected to hit 5.4%, year-on-year, when data for December is released later today, there is a degree of scepticism on Capitol Hill, born of the belief that Powell is still too committed to assisting Wall Street than the man in the Street.

The market is eagerly awaiting the release of the data later today as an indicator of how long the economy will be able to live with elevated levels of price increases.

A change in Fed behaviour is unlikely in the short to medium term, as events continue to conspire to change the situation without warning.

Powell’s testimony was slightly more dovish than the market had expected. While the Central Bank is committed to bringing price increases back under control, the nod towards the jobs market caused traders to believe that rate increases this year may be a little more moderate.

This concern drove the dollar index lower. It fell to a low of 95.58, closing at 95.61. While it remains in its recent uptrend where there is solid support around 95.40/50, it will be considered a buy in dips, but should the recent falls turn into something resembling a short-term trend, support at 94.0 could be tested.

EUR - Euro
Lagarde calls on Eurozone for Trust
Christine Lagarde, the ECB President, emerged from her Christmas break to try to address the market’s lack of confidence that the Central bank can bring inflation under control.

Joachim Nagel, who has now officially taken over as the President of the Bundesbank, warned in his opening remarks in his new role that Germany remains extremely concerned about rising inflation.

Nagel warned the ECB that it needs to be on alert regarding inflation and that the German man on the street is becoming angry about the value of savings and pensions being eroded by continued price rises.

As Nagel grows into the job, he is expected to be more on the attack to ensure that Lagarde remains well aware of how Germany believes she should be tackling the issue.

As the March date for withdrawal of PEPP approached, the Bundesbank is expected to be at the forefront of those more hawkish Central banks who call for a significantly watered-down level of support for weaker economies.

In her own speech, Lagarde promised Eurozone citizens that the ECB can be trusted to protect their savings, commenting that we understand that rising prices are a concern for many people, and we take that concern very seriously.

Inflation in both Germany and the wider Eurozone have reached record levels recently and by his comments, Nagel confirmed that there will be no let-up in the pressure exerted by the Bundesbank in its goal of bringing price pressures under control.

With a new Chancellor and new Bundesbank President, Germany is expected to reaffirm its commitment to the Eurozone but temper that reaffirmation with a dose of realism about the financial discipline it expects the Central bank to abide by.

The euro rose again yesterday versus a weaker USD. This was a combination of Jerome Powell’s slightly more dovish stance and Nagel’s warning to the ECB.