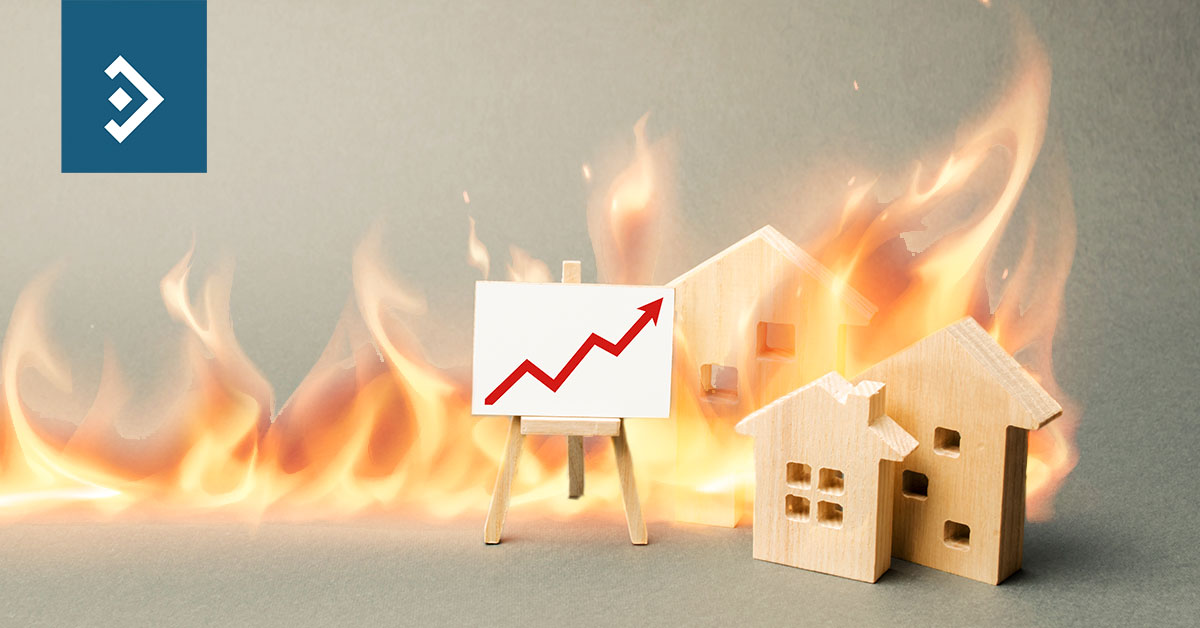 Andrew Haldane, the Bank of England’s Chief Economist, for whom the next MPC meeting will be his last, spoke yesterday of his belief that any overheating in the economy will manifest itself in the property market first. He described the market as being on fire, due mainly to the disparity between supply and demand. The Government’s support for the economy has led people to see an opportunity, although this effect will fade as quickly as it has started, as Chancellor Rishi Sunak has already announced the end of several support schemes.

Mortgage lender’s surveys saw monthly increases of 1.3% in May as the rises seen so far are set to continue even after the benefits are withdrawn.Haldane’s colleagues Deputy Governor David Ramsden and Head of Oversight Sir Jon Cunliffe have both spoken about the property market recently. Cunliffe spoke of his fear that lenders are not acting in the most judicious manner when making mortgage offers, while Ramsden commented that the Bank is monitoring the situation closely due to its effect on overall price inflation across the economy. Over £160 billion in savings has built up over the lockdown and this is fuelling economic activity and price growth as it begins to flow back into the economy.

The FX market has relapsed into its wait and see posture as Central Banks ponder rising inflation and the timing of any move to tighten monetary policy. The pound fell to a low of 1.4121 but recovered to close at 1.4155.

The U.S. fear are growing that the stimulus announced may have been too much of a good thing for the economy and it is driving unforeseen issues, like increasing level of job vacancies. Workers resigning and looking for new positions rose by 11% in April the highest since 2000. This combined with The Federal Reserve has already signalled that it won’t be starting to taper its bond purchase any time soon. This signal has probably driven the FX market into its summer lull a month earlier than normal. The issue facing the FOMC, like many Central Banks is how much stimulus is too much. Also are the traditional tools of interest rates to tackle inflation correct in the current climate. With no rule to deal with COVID-19 impact on the economy, there is no rule book on how to deal with the aftermath now economy beginning to grow.

While it is likely that the Fed will move first, Jerome Powell is far more relaxed about inflationary pressures that he continues to describe as transitory, than Christine Lagarde, who has a group of more hawkish Bankers lining up to demand action. This summer is unlikely to see any shift in policy, although the wording of the rhetoric may begin to change.

Inflation tsunami to hit in 2023

The difficult period the Eurozone economy had entered immediately before the Pandemic hit will have an effect on the pace of its recovery, pushing it back by several quarters. The market that has been starved of juicy titbits of usable information for, what in its terms appear to be an eternity, will pore over any change in the wording of Christine Lagarde’s comments following the Bank’s interest rate decision at tomorrow’s Governing Council Meeting.

The recovery is likely to be more drawn out due to the recession, and the fact that support rather than stimulus has been the ECB’s watchword means that rising inflation will happen more slowly and be more likely to hang around.

There is a growing difference in the manner in which the world’s two largest Central Banks are going to act to deal with Inflation. The Fed will be reactive while the ECB is forced into proactivity. It would be unheard of that the ECB could be allowed by the Bundesbank to permit inflation to rise without taking any pre-emptive course of action. This compares to the FOMC which is prepared to deal with rising inflation after the fact.

That is why the ECB advance forecast for inflation in 2023 is so important to the market. They are looking for what will trigger a tightening, and it is unlikely that Ms Lagarde will be allowed to adopt Powell’s wait and see policy. The euro cannot break free of the gravitational pull of the dollar. Yesterday, it fell to a low of 1.2163, closing at 1.2174.

Summary
The markets are focused on inflation. They are awaiting forward guidance from Central governments, which will dictate future direction of currency. This has meant currency trading in a tight range. The key is not to be complacent. Markets will get bored with no guidance is provided. This will mean the markets decided and will break out of the tight range. Questions is which direction.