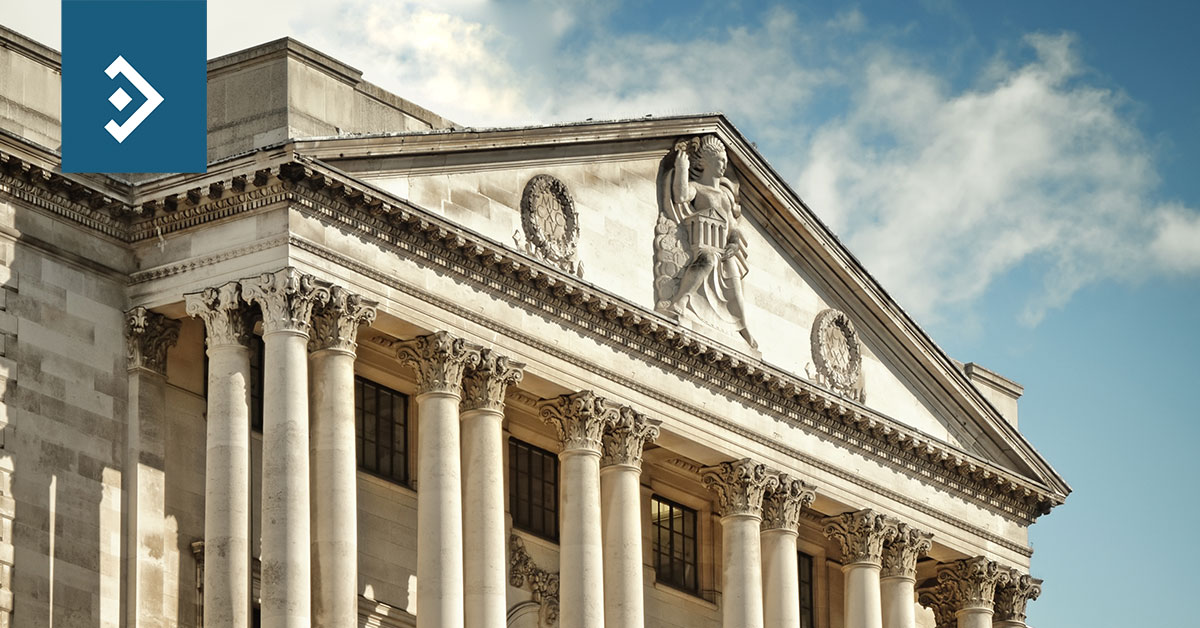 Pressure building on Bank of England

A rise in interest rates at the next meeting of the Bank of England’s Monetary Policy Committee moved from Likely to probable yesterday as inflation data for October was released.

Headline inflation rose to a ten-year high of 4.2%. With the wholesale price of gas and other household bills rising, this is not expected to be the end of rising inflation, and the pressure on the bank to act has ramped up.

Household utility prices rose by 6.8% last month, while there were significant increases in most other sectors. Month on month, inflation rose by 1.1%, its highest monthly increase since 1993.

Andrew Bailey, the Bank’s Governor, spoke on Tuesday of the attention being paid to the employment data, but he must now be concerned that the next round of wage negotiations are going to be difficult and could lead to a more generalized increase in inflation.

With the ECB indefinitely on hold and the Federal Reserve unlikely to tighten until it has completed the withdrawal of additional support, the odds on the UK being the first of the major economies to hike interest rates will have fallen dramatically.

It will be a blow to consumers to have to begin to pay more across the board. With soaring inflation, a tax rise for the middle-income sector, and rise in mortgage rates, many households will see their cost-of-living rise by two thousand pounds next year.

The medium term of this will create a major hit to any consumer led recovery.

The Government’s popularity continues to fall, and it is now trailing the Opposition in polls. Although this will have no material effect since there is no need for an election to be held before May2024, support from the red wall that was gained at the last election is beginning to fade.

Bailey is now obliged to write to the Chancellor under the rules governing Bank of England independence to explain why inflation is now more than twice the Government’s target and how he proposes to bring it back to the 2% level.

The pound regained some ground versus the dollar yesterday, but it was against the euro where it saw its biggest increase.

The anticipation of President Biden’s decision about who will be Chairman of the Federal Reserve continues to grow, with a decision expected this week. No matter who gets the nod, they are likely to be faced with a considerable task in mopping up in the aftermath of the economic effect of the Pandemic.

While the country is still not out of the woods, with infections rising in several areas and both Thanksgiving and Christmas on the horizon, between now and January there could be another peak in infections.

However, it will be rising inflation that will concern the Fed Chairman the most. It is now generally accepted that inflation will rise further before it gets better. In typical fashion, the President has called for an investigation into profiteering by energy companies as the scramble begins for someone, or something to blame.

Consumers appear to have shrugged off inflation worries for now as retails sales numbers soared. After four months of depressed data, there were signs that consumers are starting to spend the savings build-up that occurred during the various lockdowns.

This will continue to fuel inflation style supply side of the economy struggles to keep up.

The 1.7% rise in retail sales in October signalled the busiest since records began.

The Deputy Treasury Secretary spoke yesterday of his confidence that the dollar will remain the dominant currency globally, despite fears over the rise in the use of cryptocurrencies.

Wally Adeyemo pointed the finger at the use of crypto’s in illicit activity, which is growing every day. That in itself will provide sufficient incentive for the market to continue to use so-called FIAT currencies.

The dollar index paused for breath yesterday following its recent rise. It reached a high of 96.20 but fell back to close at 95.79.

Initial jobless claims will be released later today, with a fall to close to 250k the next significant milestone.

Long-term expectation for a fall below 2%

ECB President Christine Lagarde spoke yesterday of her continued expectation that in the medium term, Eurozone inflation will fall back close to the Central Bank’s target of close to 2%.

While she gave no indication of the catalyst for such a fall, she clearly expects the market to take her word for it.

The jury is out on whether her credibility stretches that far and if there is a significant slowdown in activity as fuel prices bite into retail sales and consumer confidence over the Holiday season, then she may face a difficult winter and early spring.

The ECB cannot do any more to stimulate activity given the continued record levels of support being provided. Recently, Lagarde had been talking of the issues that will need to be addressed going forward as she contrives to lead the Eurozone into the place of prominence that its size dictates.

ECB Governing Council Member and possible candidate for the Presidency of the Bundesbank, Isabel Schnabel, spoke yesterday of the global slowdown in economic activity that is currently taking place.

She went on to say that uncertainty exists around the pace of a slowdown in inflation, but she believes that fears of stagflation are unfounded.

More persistent bottlenecks will curb growth expectations and may limit activity over the rest of 2021 and well into 2022 before they are resolved. These bottlenecks have been a considerable source of frustration, and badly affected the recovery in activity in Germany in particular.

This echoed the sentiment of recent comments from Lagarde recently and underlines a more moderate tone from Germany that signals an acceptance of the lower for longer mantra in relation to monetary policy.

The euro continues to suffer at the hand of the dollar, but the rate of its fall may be slowing. It reached a low of 1.1263 yesterday but rallied late in the day to close at 1.1322, breaking a run of five sessions of falls.