Breaking ground on a unique industrial development in Northamptonshire 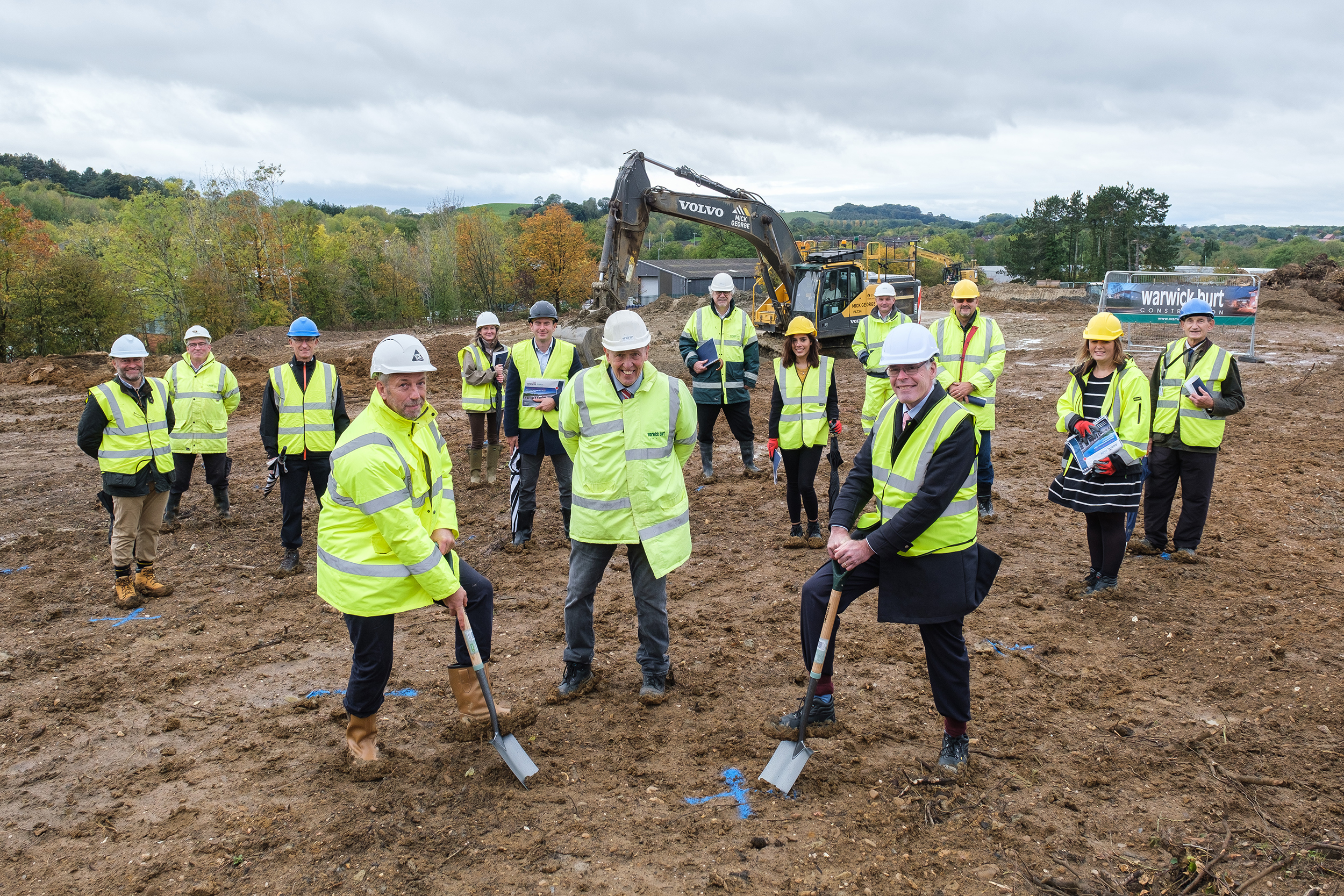 Work is underway at Signal Park – the first industrial development of its size in the Northamptonshire town of Daventry for nearly a decade.

More than 56,500 sq. ft of industrial space is now being developed, with 15 units set to be built to support growth in the town. The development will bring six acres of urban land into use and is expected to accommodate over 112 new jobs in the medium term, in addition to the significant indirect economic activity generated by its design and construction.

Neal Shegog, Claymore investment manager, said: “Daventry is growing from strength to strength and as a locally based developer we are committed to supporting that growth and excited to be developing this prestigious project.

“Land available to build on is scarce in Daventry, which is inhibiting business growth. Our six-acre plot is located in one of the main industrial areas in the town. Until recently, the plot was considered unusable because the cost of levelling the hill meant it was considered impossible to profitably develop.”

Peter Horrocks CBE, SEMLEP chair, said: “Daventry haslots of premises which cater for large warehouses and logistics operations, but the town lacks smaller industrial units which are essential if growing businesses are to remain in the town and Daventry is to attract national and regional businesses.

“This is a unique development in the area and one we are proud to be supporting. Daventry benefits from a skilled workforce and is already home to an array of engineering and motorsport companies. This development will strengthen the area yet further.”

The groundworks at Signal Park commenced on 15 September, the official ground-breaking ceremony took place on 8 October 2020, the construction of the steel frames will start in early December, and the scheme is due to be completed by July 2021.

The development has been branded ‘Signal Park’ – in recognition of Daventry’s history with radio. The Daventry Transmitter, which opened nearby on 27 July 1925, was the world’s first Long Wave transmitting station and the phrase ‘Daventry Calling’ was renowned across the world, thanks to the BBC’s fledgeling World Service.