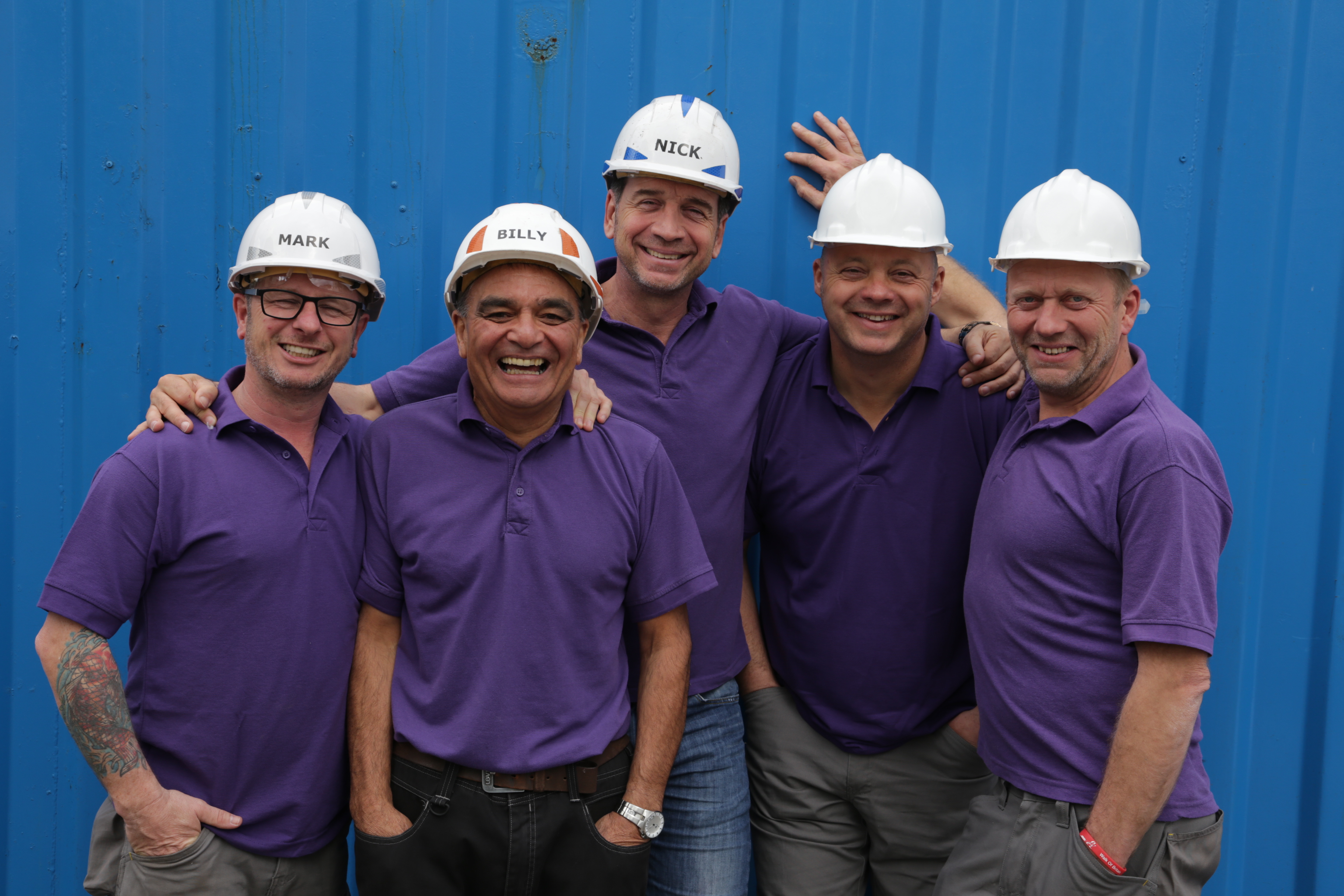 A DIY SOS big build, supported by Ensafe Consultants, is set to air on TV as the Blisworth based businesss announced its involvement in another project by the TV team.

Millions of viewers are expected to tune in to BBC One on Wednesday, April 3rd at 9pm to watch the latest episode of BBC TV’s flagship home renovation programme, which involved Ensafe’s experts who supported a poignant project designed to transform the home of a wheelchair bound father and his family.

Northamptonshire’s Ensafe Consultants provided its asbestos survey services for free as part of the project, due to be televised in April, which created a dream home for a disabled dad and his family.

In the episode, hitting the small screen on April 3rd, viewers will hear about Darren’s devastating story, which inspired Ensafe to help with the emotional project, filmed by TV crews in Hessle last year. The upcoming broadcast comes as Ensafe revealed it’s been enlised again to help with another DIY SOS big build being carried out by the TV team in Scunthorpe.

Jon Clements, Commercial Director of Ensafe, said: “Everyone at Ensafe were so moved by Darren’s heartbreaking story that we knew we had to get involved with the deserving project. We were thrilled to have been able to support the DIY SOS team with the big build to help transform the lives of this deserving family. We will all be tuning in to watch the emotional episode.

The popular programme relies on the generosity of businesses like Ensafe to support and carry out the work necessary to help transform the homes and lives of families.

James Cleave, Researcher for DIY SOS, said: “Ensafe were efficient and professional when carrying out an asbestos survey at the family’s home, and made sure that any asbestos containing material was identified before the official build began.

“A huge thank you to Ensafe Consultants and all those who gave their time, skills

and materials to complete the Hessle Big Build. On behalf of the DIY SOS team it’s genuinely been a pleasure to work with you and I hope you are all proud of what you’ve achieved.”

Ensafe didn’t hesitate to help on hearing of Darren’s plight. He was married to childhood sweetheart Sarah and is dad to Harvey, 14, step-dad to Mike, 24 and adopted dad of Oliver, 17, who is severely disabled.

Dad Darren suffered from a bad back for years and underwent multiple surgeries to fix his herniated discs. Tragically, after returning to work in the summer of 2017, he developed complications and was rushed to theatre with Caude Equina – a devastating injury of the spinal cord. He was left paralysed from the waist down and unable to walk.

Following three months of rehab he returned to the family home in Hull in a wheelchair in the December where he had to share Oliver’s downstairs bedroom and sleep in a hospital bed – separated from his wife and struggling for space.

Tragedy struck again on Boxing Day when Darren’s wife Sarah suddenly died in their home and was found upstairs by her boys. Since then the boys and Darren have been living in emotional trauma with wheelchair-bound dad now the single main carer for the family and physically unable to cope in a house that was not equipped for the situation.

The DIY SOS team stepped in to help after hearing that Darren was unable to get upstairs to visit the boys or have his own space to grieve. The kitchen was not adapted for a wheelchair user meaning Darren wasn’t even able to make meals for his sons, or provide care for disabled Oliver.

DIY SOS: The Big Build attracts up to 5 million viewers per episode in its prime time slot on BBC One. The award winning show, presented by Nick Knowles and his team, takes on extremely big builds across the country in just nine days.

To find out more about Ensafe Consultants contact 01604 878190 or visit www.ensafe.co.uk