Avon support young women in sport through their Empowerment fund 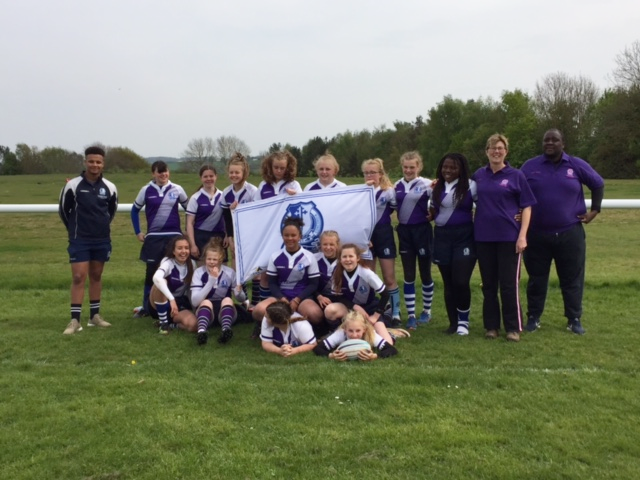 Kettering Rugby Football Club was awarded £2,990 from the Avon Cosmetics UK Female Empowerment Fund to develop a ladies team at the club.

The fund is managed and facilitated by Northamptonshire Community Foundation and was set up on International Women’s Day in March 2016.

In line with Avon’s commitment to support the causes that matter most to women, the fund’s key priority is to support projects across Northamptonshire that will improve the quality of life for women and girls.

The funding from Avon will be used to encourage more girls to play Rugby in Kettering which is a predominately male sport.

With the grant awarded, the club have produced leaflets, held coaching sessions and purchased equipment and kit to recruit 30 new female members to be able to play against other local ladies’ teams.

Jacky Conyard, Ladies coach at Kettering Rugby Football Club said: “Thanks to Avon, our Director of Rugby, Doug Bridgeman, together with our Head Coach, Cliff Luthayi have visited schools in the Kettering area. They have run lunchtime sessions and after school clubs to entice new members to come along and join the girls teams.

“This has been very successful, we have had a number of new recruits. We will be running 4 age groups: Mini Bluebelles 9 - 11 year olds, U13’s, U15’s and U18’s. We are starting work on the ladies changing rooms next week which will be ready for the new season.”

Andrea Slater, President UK, Avon said of the donation: “As the company for women, I’m thrilled that Avon has been given the opportunity to support a local girl’s rugby club. Working with Northamptonshire Community Foundation has opened the doors for Avon to champion local projects and make a great impact to everyone involved. I look forward to hearing more from the local team on how the ladies changing rooms are progressing, it really is great to see the difference we are making.”