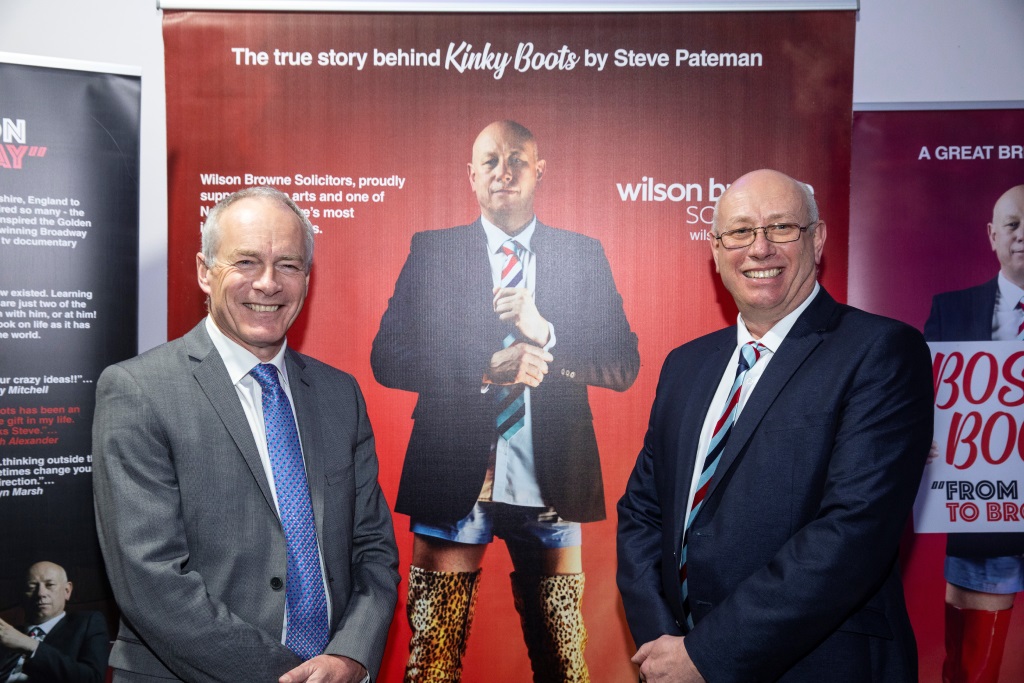 An Achievement Ceremony of Northamptonshire students celebrated the successes of more than 6,250 who passed through the doors of Tresham College campuses in Kettering, Corby and Wellingborough this year.

Steve, whose new book is Boss in Boots, started his career at the bottom of his family firm, studied at what used to be called a technical college, now the Tresham campus in Wellingborough, and progressed to national fame, because he said “Yes” to becoming the subject of a BBC documentary, a film and now an award-winning musical.

‘I answered a phone call in the office and heard a man’s voice asking if we could make our ladies boots in men’s sizes. I said Yes, the rest is history, well and a film and now a musical.

“My advice to young people is to never say No, seize the opportunity, apply common sense and think through the implications, but remember the power of Yes.”

Tresham College merged with Bedford College in 2017 to become The Bedford College Group which recently gained a Good Ofsted and can rightfully claim to be the best in the region for student satisfaction and results across various measures.

Group Principal and Chief Executive Ian Pryce CBE said: “We have to thank the hard work of our staff who now number 1,200 in the Group with 400 of those at Tresham. We are a stable and successful organisation and so are able to invest in Northamptonshire at our Wellingborough campus - thanks to the support of SEMLEP, the local council and MPs.”

Among many prizes handed out at the event was that for the Outstanding Tresham College Student. Short-listed were Kyra Joy who won national recognition as a Business Apprentice employed at the college, Jordan Skeels in performing arts who took part in the National Youth Theatre Group and the eventual winner: Ryan Kenyon who won a football scholarship at an American university whilst playing and studying sports.

Closing the ceremony, Chair of the Corporation of the Group Allan Schofield added: “We have to congratulate so many people including our CEO Ian Pryce and his team. The praise given by Ofsted recently was inspiring to hear.

“Looking ahead, developments in technology, robotics and artificial intelligence are likely to have profound implications for our students, their employers and the way we teach. We have to be innovative and invest.”