Who is your financial doctor? 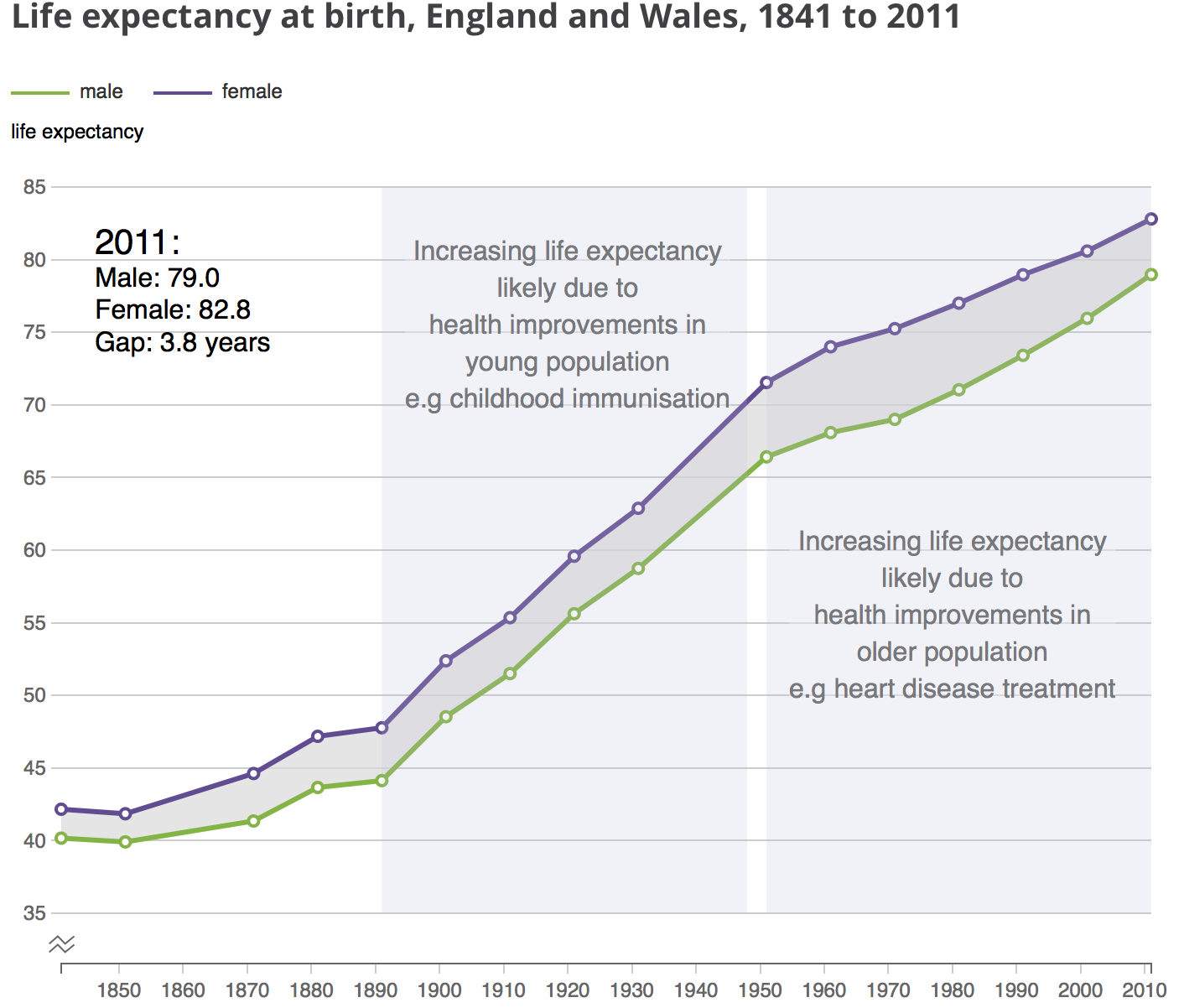 You all have a medical doctor (your GP) but who is your Financial Doctor? If you indulge me in a bit of background for a few moments I will explain this.

My previous blogs (https://www.osullivanfp.co.uk/financialadviceblog) spoke about insurance and the need to review policies regularly. Life insurance is something most people have and need. The history of life insurance goes back almost 2,000 years and the life insurance industry has done a great job of making us all realise the benefits of this, so it is no surprise that most of us have some sort of cover.

The average life expectancy has increased dramatically over the last century as can be shown in the graph attached. In the first half of the 20th century this increase was mostly attributable to improvements in health and immunisation, especially for the younger generations. The second half of the 20th century sees a further uplift due to further improvements in health for older generations.

This has resulted in an increase of approx. 13 years since 1950. Therefore, with the advances seen in medical science the need for life insurance is not what it once. Don’t get me wrong - it’s still crucial to have, I’m just merely pointing out that the probability of claiming on a life policy is less than it may have been as we all live longer. However, you never know when time is up (see previous Blog: Friday 13th)

What it does mean however, is that we need to make provision in other areas.

For instance, we need our investments and pension provision to provide for a longer period of time. Hopefully we all have a very long and healthy retirement!

My earlier question about who is your Financial Doctor, is attributable to Dr Marius Barnard. He, along with his brother Christian were part of the team who, in 1967 completed the first heart transplant operation in South Africa. This huge leap forward has had a significant impact on millions of people over the world and further improved average life expectancy.

However, Marius, soon realised that although he could cure his patients medically, there were many occasions where his patients were worse off, financially.

The life insurance which they had arranged did not pay out because they were still alive!

However their ability to earn was greatly diminished, and arguably had a bigger impact on them. He came to the conclusion that a new type of insurance was needed which would pay out on the diagnosis of a serious illness so that the patient could focus on their recuperation and the impacts the illness would have had on lifestyle. As a result in 1983 the first critical illness policy was launched.

There is a short video online in which Dr Marius Barnard explains this himself. I still remember the impact this clip had on me when I first saw it over a decade ago. It is well worth a couple of minutes of your time – the video can be found at: https://www.youtube.com/watch?v=BbGU1CBZsCg

“I am your physical doctor, but who if your financial doctor? I hope you have made the financial provision… to give you money when you need it most”

Since then further improvements in medical science have provided benefits from early detection which has greatly improved success rates. According to a number of different research articles the expectation is now that 1 in 2 people in the UK will suffer from cancer at some point in their lifetime. Both my parents have had cancer, so I hope I’m missing that roll of the dice. However, if I’m not that lucky then at least I know financially I am protected as I have cover in place for both my mortgage and additional cover for the unknown which such a diagnosis could bring.

I know of 2 people recently who have had their critical illness policy pay our following a diagnosis.

The first had a heart attack. It allowed his mortgage to be repaid, and he used the additional funds to fully invest for children’s education.

The second person had a cancer diagnosis. Thankfully a small operation removed it and he has been given the all clear. Once again, he has had his mortgage repaid and has received additional funds.

Thankfully for both of these individuals they have made a recovery and life continues pretty much as normal for them. They are some of the lucky ones.

There is of course another impact to living longer. Our savings and pension provision need to last longer as I mentioned earlier. I’m sure you have a plan on what your retirement will look like. How would you feel if those plans had to change because the money you’ve set aside for your future needed to be used because of a diagnosis of a serious illness? It might be worth considering a policy to insure you have the financial provision to allow those savings to be used for what you want them to be used for!

If you haven’t reviewed this area and feel it would be of benefit from a free financial review then please contact me via email or on 07717 292417 for a free initial consultation.