Electric Vehicles. Should we believe the hype? 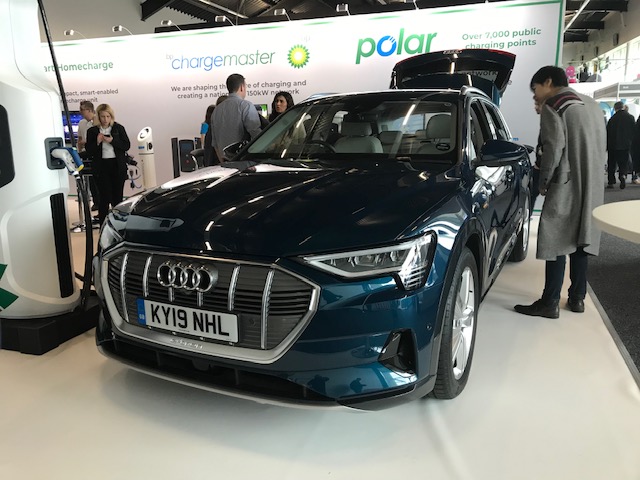 Last week Julie Mitchell (MD) and I visited the Fully charged show at Silverstone. For those that don’t know what that is, its a podcast headed up by Robert LLewellyn or Kriton from Red Dwarf that talks about electric vehicles. They put on a 3 day show in and around Silverstone’s impressive Wing building last week. So being into the automotive salvage and recycling game we went for a visit.

The topic of conversation on the travel over was more than likely the conversation we’ve all had regarding electric vehicles. Is it ever going to take off? There is no doubt in my mind that the Hybrid vehicle is a feat of modern engineering. To drive and to be driven in one is an experience and one that kind of leaves you feeling that you’ve somehow cleaned up the environment in the process. But I’ve never travelled in a full EV.

On the journey through the gravelled car park up to the wing building at Silverstone, there were more full electric vehicles such as BMW i3, Tesla and Renault Zoe’s than you could shake a stick at, not to mention hybrids in abundance. Personally I believe(d) that at this stage of the technology we have, hybrid is the way forward. That was, until we walked into the event.

The first car to catch the eye was the Tesla model S P100D launched back in 2012. Having not seen a Tesla up close it was a good chance to see what the hype was all about. With a futuristic look and spaceship like dashboard it was quite impressive to say the least. With a speed of 0-60 in 2.4 seconds and a range of 370 miles on a full charge you can start to think that with that range, we’re almost there. In Norway alone (who are a world leader in embracing electrification) they sold 8600 units of this particular model followed almost identically by The Netherlands. But starting prices at £88,000 , its out of most people’s budgets. Jump to a Renault Zoe that starts at £21,000 or a Kia E-Niro that starts at £32,000 these are a more affordable vehicle for most considering Electric. Although even at the bottom price range of £21k this is still expensive, but when you bear in mind, there will be no Fuel cost, only electricity and presently no road tax, this can be offset against the initial outlay.

The new Audi E-Tron was a beautiful example and a car that you thought “oh yes! I could handle one of those”. The usual stylish look you’d expect from Audi didn’t disappoint. Being Germany’s first mass produced EV, you wouldn’t know that this vehicle is Full Electric until you lifted the bonnet. First impressions, it could just be another model of Audi, but an attractive one. The cars interior keeps that familiar feel, albeit, with a full digital experience inside. Any flaws? In my opinion 250 miles on a full charge is a bit of a downer, however the battery will 80% charge in 30 minutes. But with a starting price of £71,490 could only be a pipe dream.

Presently most manufacturers are guaranteeing the batteries on average for 100,000 miles. I find this slightly concerning. How long do full EV batteries last? We don’t currently know as we’ve not yet reached that stage. Another potential hurdle in the future of EV is how do you recycle the batteries? There currently is a big question of “how do we do that?”. What price is a new battery if or when this one gives up?

So we saw how manufacturers are producing and promoting these Electric vehicles with more to follow. Until the price is brought down so the common person can purchase, it’s going to be a long time until this becomes the norm. With Hybrid cars now being subject to road tax because although cleaner, still produce emissions, full EV are the only vehicles that won’t be charged the ULEZ (Ultra low emission zone) tax at £12.50 a day! The ULEZ is already in operation in London. Other Cities such as Bath, Birmingham, Glasgow, Manchester and Leeds are all approved to start from 2020.

For now I still think that hybrid is the Short term answer for most considering going green. With hybrids you get the best of both worlds, electric and good fuel economy. I welcome the future with open arms and embrace the change. Seeing what’s on offer currently I feel a sense of excitement of what’s to come, if we’re at the stage we are now, how will it be in ten years? Amazing.